The winners of the 1997 Loeb Awards in the six print categories of competition follow:

The winner in the large newspaper category (circulation of more than 400,000) is Bruce D. Butterfield for “Test by Fire: The Story of Malden Mills” in the Boston Globe.

The winners in the medium-size newspaper category (circulation between 150,000 and 400,000) are Cathy Taylor, Liz Pulliam and Elliot Blair Smith for their series of investigative reports on Comparator Systems Corp. in the Orange County Register and Melody Petersen, Rebecca Smith and Ricardo Sandoval for “PG & E Unplugged: Cutting Costs, Cutting Service” in the San Jose Mercury News (a tie).

The winner in the small newspaper category (circulation of less than 150,000) is Lynda V. Mapes for “River of No Return” in The Spokesman-Review (Spokane, Wash.).

The winner in the magazine category is Mark Maremont with Jane Sasseen for “Abuse of Power” in Business Week.

The winner in the commentary category is Holman W. Jenkins Jr. for selected Business World columns in The Wall Street Journal.

The winner in the deadline/beat writing category is Scott Thurn for his coverage of the economy in the San Jose Mercury News.

The winner in the Network and Large Market Television category is Byron Harris for “On Dangerous Ground” for WFAA-TV (Dallas).

The winner in Other TV Markets is Antonio Valverde for “My First House” for KMEX-TV (Torrance, Calif).

The winner in the radio category is Sarah Gardner for “Bottomline Blues” for Marketplace-USC.

The winners of the 1998 Loeb Awards in the six print categories of competition follow: 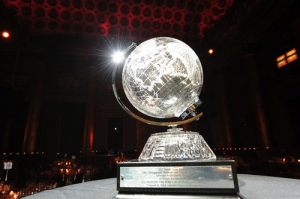 The winner in the large newspaper category (circulation of more than 400,000) is Michael Siconolfi for “The Spin Desk,” his page one article on the practice of “spinning,” which revealed how investment banks allocate hot IPOs to the personal accounts of corporate executives in an apparent bid for business, in The Wall Street Journal.

The winner in the medium-size newspaper category (circulation between 150,000 and 400,000), is William Conroy, Nancy Shields, John T. Ward, Larry Arnold, Rick Linsk and Terri Somers for “House of Cards,” an investigative series which uncovered and unraveled one of the most massive real estate frauds in the state’s history, in the Asbury Park Press.

The winner in the small newspaper category (circulation of less than 150,000), is Amy Hetzner and Amy Baldwin for “Borrowing Trouble,” an investigative series detailing the state’s lending practices and how it affects the poor, in the Birmingham Post-Herald.

The winner in the magazine category is Michael Mandel and Dean Foust for their “New Economy” package, which provided intuitive and on-target economic analysis, in BusinessWeek.

The winner in the commentary category is Allan Sloan for selected commentaries, in Newsweek.

The winner in the deadline/beat writing category is Alix Freedman and Suein Hwang for their breakthrough coverage of the tobacco industry’s liability settlement, in The Wall Street Journal.

No awards were given this year in the competition’s broadcast categories.

The winners of the 1999 Loeb Awards in the print and broadcast media categories are as follows:

The winner in the large newspaper category (circulation of more than 400,000) is Joel Rutchick for his series of stories uncovering lavish spending practices and suspect activities by the Cuyahoga Metropolitan Housing Authority chief executive officer, in the Cleveland Plain Dealer.

The winner in the medium-size newspaper category (circulation between 150,000 and 400,000) is Fred Schulte and Jenni Bergal for “Cosmetic Surgery: The Hidden Dangers,” a vivid and strikingly illustrated depiction on the hidden dangers of cosmetic surgery, in the Sun-Sentinel (Fort Lauderdale, Fla.).

The winner in the small newspaper category (circulation of less than 150,000) is Jennifer Hieger and Bill Heisel, Jr. for “The Dairy Boom: Growth, Trouble and Transition,” an examination of the growing dairy industry and the implications for the community, in the Yakima Herald-Republic (Yakima, Wash.).

The winner in the magazine category is Shane Tritsch for “Bull Marketing,” which disclosed the miscalculations in the reported stock performance of the Beardstown Ladies investment club, in Chicago Magazine.

The winner in the commentary category is Walter S. Mossberg for “Personal Technology” columns in The Wall Street Journal.

The winner in the deadline/beat writing category is The New York Times staff for their coverage of the near collapse of Long-Term Capital Management.

The winner in the network and large market TV category is Mike Wallace and Walt Bogdanich for their investigative piece on the international pharmaceutical industry, for CBS News, 60 Minutes.

The winner in the Radio category is Karen Tofte and team for “The World Turned Upside Down,” on Minnesota Public Radio.

The winners and finalists of the 2000 Loeb Awards in the print and broadcast media categories are as follows:

The winner in the large newspaper category (circulation of more than 400,000) is Ellen E. Schultz for her series in the Wall Street Journal on cash-balance pension plans that makes a difficult and important topic comprehensible to readers while leading to government scrutiny and worker activism.

Also nominated as finalists in this category are: Andrea Gerlin for her series of articles on medical errors in the hospital care business, in the Philadelphia Inquirer; David Willman, for his investigative reporting into the dangerous side effects of diabetes drug Rezulin, in the Los Angeles Times; Gina Kolata and Kurt Eichenwald, for reporting that revealed how pharmaceutical companies secretly paid doctors to test drugs on patients, in the New York Times; and Susan Carey, Scott McCartney and William Carley, for their articles on the airline industry, in the Wall Street Journal.

The winner in the medium-size newspaper category (circulation between 150,000 and 400,000), is Alison Young, Jeffrey Taylor, and Janet Fix for their series of articles examining a deadly nationwide listeria outbreak and the resulting recall and epidemiological investigation, in the Detroit Free-Press.

Also nominated as finalists in this category are: Sam Roe for “Deadly Alliance: How Government and Industry Chose Weapons Over Workers,” a series documenting 50 years of misconduct by the American government and the beryllium industry in the production of metal used in nuclear bombs, in the Toledo Blade; Steve Massey and Mackenzie Carpenter, of the Pittsburgh Post-Gazette, for their series profiling the downfall of Allegheny General Hospital; and Steve Everly of the Kansas City Star, for his reporting on defective water heaters that impacted thousands of consumers and spurred manufacturers to take responsibility.

The winner in the small newspaper category (circulation of less than 150,000), is Harris Meyer for “The Doctor Will Sell You Now,” an in-depth examination of the ethical implications of physicians selling health-related products to their patients through multi-level marketing arrangements, in the New Times (Hollywood, FL).

Also nominated as finalists in this category are: Rob Perez for his series of stories documenting pricing differences for consumers in Hawaii and other West Coast cities, in the Honolulu Star-Bulletin; and Lance Williams for his stories examining an incidence of tainted sutures that caused health problems nationwide, in the San Francisco Examiner.

The winner in the magazine category is Jeff Blyskal for “Cheap Car Parts Can Cost You a Bundle,” an article in Consumer Reports highlighting a major problem in the automotive industry that added valuable data and shed light on a confusing topic for consumers.

Also nominated as finalists in this category are: Joshua Ramo for “The Three Marketeers,” a profile of Alan Greenspan, Richard Rubin, and Larry Summers, in Time Magazine; Gary Weiss for “Scandal on Wall Street,” an in-depth investigation of widespread trading irregularities at the American Stock Exchange, in Business Week; and Richard Behar for “The Fairy Tale is Over for the Kingdom of Brunei,” a portrait of that country’s royal family, in Fortune Magazine.

The winner in the commentary category is David Ignatius for his powerful and provocative columns on business and technology, in the Washington Post.

The winner in the deadline/beat writing category is Ianthe Dugan for her reporting on the business of day trading, in the Washington Post. An honorable mention was awarded to Lawrence Messina for his reporting on the Federal takeover of the First National Bank of Keystone, in the Charleston Gazette (Charleston, West Virginia).

Also nominated as finalists in this category are: Jay Hancock for his reporting on the widespread practice and impact of providing state grants and subsidies to corporations, in the Baltimore Sun; Greg Schneider, also of the Baltimore Sun, for his series on the making of the F-22 fighter plane; and Monica Langley, for her articles on charitable giving and tax matters, in the Wall Street Journal.

The winner in the network and large market TV category is Brian Gaffney, Lea Thompson and team for their in-depth series on the practices of the sweepstakes industry, for Dateline NBC.

Also named as finalists in this category are: Iris Adler for her compelling documentation of the closing of a plant in Wilton, ME, for New England Cable News; Jack Cloherty and Mike Taibbi for “Unhappy Returns,” for Dateline NBC; Chris Farrell, Joe Garbarino and team for their personal finance series “Right on the Money,” for Twin Cities Public Television.

The winner in the Radio category is Carl Goldstein and team for “Minnesota in the Dot Com Age,” on Minnesota Public Radio.

“The 100 Greatest Events in the History of the Automotive Industry” by Ed Wallace, KLIF-AM (Dallas, TX)

“The Numbers Game, Why Earnings Are Too Rosy, Confused About Earnings” by David Henry and Nanette Byrnes, BusinessWeek

“Enron: The Demise of a Giant” by Rebecca Smith and John Emshwiller, The Wall Street Journal

CATEGORY H AND I: TELEVISION

“The CEO and His Church” by Deborah O’Neil and Jeff Harrington, St. Petersburg (FL) Times

“A License to Steal” by Eric Eyre and Scott Finn, The Charleston (WV) Gazette

“Inside the S.E.C.” by Stephen Labaton, The New York Times

1. “Inside the Nature Conservancy”
2. “A House in the Woods”
3. “When Conservation and Business Fail to Mix“

“Everybody at Risk” by Kate Long, The Charleston Gazette

“Is Your Job Next? / The Rise of India” by Aaron Bernstein, Pete Engardio and Manjeet Kripalani, BusinessWeek

“Death on the Tracks” by Walt Bogdanich, The New York Times

“The Toll of a New Machine” by Charles Fishman, Fast Company

“Why We’re Losing the War on Cancer (and How to Win It)” by Clifton Leaf, Fortune

There was one winner and one honorable mention in the medium newspapers category.

Sam Kennedy and Christina Gostomski of The Morning Call (Allentown, Pa.) for “School’s Pursuit of Profit Leaves Students Behind”

Carol Loomis of Fortune for “Why Carly’s Big Bet Is Failing, How the HP Board KO’d Carly”

There were two winners in the commentary category.

Steven Pearlstein of The Washington Post for “Business and Economics Columns”

There was one winner and one honorable mention in the television enterprise category.

James B. Stewart for “DisneyWar” from Simon & Schuster

“How Many Lightbulbs Does It Take to Change the World? One.” by Charles Fishman, Fast Company

“The Implosion of a Highflying Hedge Fund” by Ann Davis, Henny Sender and Gregory Zuckerman, The Wall Street Journal

“Who Are the Short Sellers?” by Alistair Barr, MarketWatch

“The Long Tail: Why the Future of Business is Selling Less of More” by Chris Anderson, Hyperion