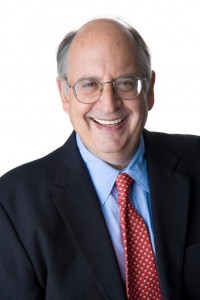 Born 1944, a business writer for more than 40 years, joined Fortune as a senior editor at large in 2007. For the previous 12 years, he was Newsweek’s Wall Street editor. He has won a record seven Loeb Awards, receiving Loebs in four different categories in four different decades for five different employers. In 2001, he received the SABEW Distinguished Achievement Award. He’s a graduate of Brooklyn College and has a master’s degree in journalism from Columbia University. He and his wife live in New Jersey, and have three grown children

You can get a lot out of being a journalist without making it your life’s work. That’s why, to the occasional discomfort of parents who are worried about their kids’ ability to make a living, I encourage young people who are interested in journalism to take a shot at it.

Why? Because even though the economics of journalism are dreadful these days, you can get a lot out of being a journalist, even if you decide not to make it your life’s work.

I’ve had a wonderful 40-plus years doing what I define as journalism: finding out stuff that it’s good for people to know and telling them about it in a way that engages them, using language that they don’t have to be insiders or jargon freaks to understand.

But you don’t have to spend your entire career as a journalist to get something — quite a lot, actually — out of it. And who knows? Maybe you’ll like it, and figure out how to make a decent living at it. I did; there’s no reason you shouldn’t be able to.

Let me show you why a few years as a journalist can be good for you — and good for your future prospects — even if you decide to do something less déclassé, such as teaching or law or business.

One of the things you learn as a journalist, if you’re any good at it at all, is how to come to the point. When you sit down at a keyboard or microphone, you need to tell your audience quickly what you’re trying to do, or you won’t have an audience. (And you won’t have a job for very long, either.)

You don’t realize what a useful skill that is until you’ve spent as much time as I have dealing with people who don’t know what point they’re trying to make, or don’t know how to make the points that they do have.

You learn to write what I call “a language approaching English” in a way that normal people can understand. This is a rare skill. You learn to write in the active voice. To keep sentences short and direct. To avoid jargon. And to be clear. It’s a skill that will serve you well, whatever you do with your life.

You learn to figure stuff out — or, to use the jargon, to integrate data. You learn to think on your feet. You learn how to interview people, how to engage them, how to figure out what they have to tell you, and how to get them to tell it to you.

Most important, you learn to write amazingly quickly — and to space — when the deadline finally comes. I have been putting this off for weeks, because the job that Fortune pays me to do kept getting in the way of my writing this. But when deadline time finally came, I wrote this to space (500 words) in little more than an hour.

I hope it doesn’t show. Too much.