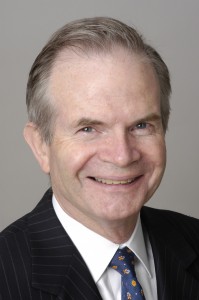 Born Aug. 15, 1942, spent 15 years as reporter, Washington economics correspondent, and the business editor for The Los Angeles Times; 26 as reporter and editor for The Wall Street Journal; and five as founding editor and CEO of ProPublica, a non-partisan, non-profit, Internet-based investigative newsroom. In 2007, he received SABEW’s Distinguished Achievement Award.

One of the most important roles of business journalism is to hold some of the world’s richest and most powerful people to account. It can be a challenging task, because misbehavior in business is often hard to prove and because the offenders often firmly believe that they have done nothing wrong. The line, for example, between judicious tax avoidance and criminal tax evasion is often narrow.

Yet it is a crucial missed opportunity – even a dereliction of duty to society – for reporters and editors to shrink from this task. Capitalism has many virtues, if the participants play by the rules. It allocates resources efficiently, creates jobs and wealth, and reduces the risk that workers or money will be wasted. But playing by the rules is much more likely if business leaders know that someone is watching.

This came home to me powerfully in the last of my 16 years of editing The Wall Street Journal, 2006-2007. Journal reporters had discovered that there was a high probability that executives at quite a few companies – they initially had identified around 10 – had maneuvered to secretly alter, to “backdate,” the timing of grants of stock options. Options had exploded as a way of compensation, because they allowed favored employees to benefit from the rise in their companies’ stock price without having to put their own money at risk.

As most readers of this will know, a stock option confers the right to buy a certain number of shares at a fixed price for a specified period. If the “strike price” is, say, $100 per share, and the price rises to $150, the employee can buy the stock for $100 and sell it for $150 the same day, realizing an instant $50 profit on each share.

Not content with such largesse, some executives and companies began to try to stack the deck. Under options plans approved by shareholders, the strike price was typically tied tightly to the day on which directors approved the option grant. Some companies tried to pick a day when the price was artificially low – such as immediately after a negative news announcement (known to some as “bullet-dodging”) or just before a favorable announcement (“spring loading”). A bit sleazy, but within the letter of the law. The lower the strike price, the greater the chances of ultimate profit .

Going even further, other companies falsified the date on which the option was granted, “backdating” the strike price to a figure days or even weeks earlier when the market price of stock was near a monthly or quarterly low. In itself, backdating wasn’t illegal, so long as shareholders were told. 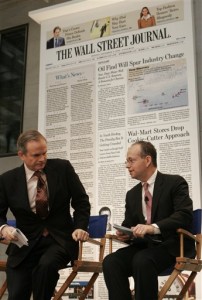 Because companies didn’t want to change the shareholder-approved option plan, and because of certain unpleasant tax and accounting issues, they typically failed to make the disclosure and change the plan. In other words, they were lying to their shareholders.

Journal reporters couldn’t prove that this was being done. But on March 18, 2006, they produced an extraordinary front-page story, “Perfect Payday.” It identified 10 companies whose pattern of options grants hit so consistently at low price points that, according to rigorous computer analysis, the odds against doing that by chance were better than those against a random $1 bet winning the multi-state Powerball lottery.

Initially, all 10 companies denied backdating and attributed the success to luck. Leading business champions took us to task, saying we were making mountains out of technicality molehills. The late Steve Jobs, the brilliant founder of Apple computer, yelled at me over the phone for half an hour, accusing me of “East Coast bias,” even though I had worked in California long enough that two of my four children were born there.

Soon, directors at companies all around the country were asking, “Do we have a problem?” As they poked into their own records, sometimes with the aid of outside counsel, they found dirty linen that led them to report errant behavior to the authorities, and sometimes oust respected executives. In the end, 130 companies were implicated (including all those in the original story), and 50 top executives or directors resigned or were fired.

Was backdating options the worst transgression business executives have ever committed? Hardly. But in an era of mounting inequality, it only seems fair to hold the most favored few to playing by the rules. This work reminded people with great power that someone is watching, and that’s a noble task.