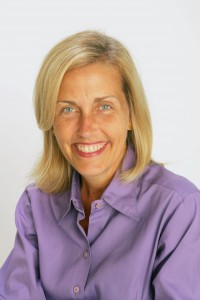 Born on Jan. 2, 1956, in Bellefonte, Pa. She spent three years on Wall Street and has been a financial reporter since 1984. She won the Pulitzer Prize in 2002 for her “trenchant and incisive” reporting on Wall Street. She writes the Fair Game column for The New York Times and is co-author of the best-selling book on the financial crisis, “Reckless Endangerment: How Outsized Ambition, Greed and Corruption Created the Worst Financial Crisis of Our Time.”

One of the questions I almost always get when I address an audience on the 2008 financial crisis is this: Why didn’t the financial press sound more of a warning about the dangers that were lurking in the economy in general and housing in particular?

It is a frustrating question not only because it is a criticism of our work but also because it is accurate to some degree. Few financial reporters did enough to question the conventional wisdom leading up to the crisis — that housing prices never go down nationwide, that Wall Street’s newfangled securities defused rather than increased risk, that big banks could monitor themselves without help from regulators.

But more important, this audience question provides business reporters with clarity on what it is that readers want. Indeed, it confirms that readers seek groundbreaking and insightful reporting and analysis on events or actions that affect the economy, their investments and their pocketbooks.

And, as the world of finance and business becomes increasingly complex — who could have fathomed a decade ago the creation of collateralized debt obligations embedded with synthetic mortgage instruments? — penetrating analyses and clear explanatory writing become even more important.

Put another way, readers don’t want business reporters to be court stenographers, recording without question the utterances of chief executives and their public relations operatives. They don’t want rewritten press releases or fawning profiles. Readers want articles that can help them understand the complexities that Wall Street creates, that shine a light on the dark corners where questionable business practices often flourish.

Such reporting is not easy. It attracts criticism from powerful people who prefer to operate amid the fog. It induces attacks from those interested in maintaining the status quo. It generates angry calls to editors and publishers.

As a result, it could not be more important.

Providing readers with genuine insights about complex matters requires a dedication to the truth and a spine of steel, of course, not only from reporters, but also from their editors.

Only then will readers stop wondering: “Hey, where was the financial media when we needed them?”