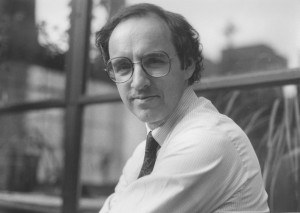 From the 1960s to the mid 1980s, the award-winning business journalist pulled back the curtain on financial shenanigans, headed the Walter Bagehot Fellowship Program at Columbia University (now the Knight-Bagehot Fellowship in Economics and Business Journalism), and authored a book on the oil shale industry, “The Elusive Bonanza,” and a book on Wall Street after fixed commission ended, “The Last Days of the Club.”

The Princeton graduate started as a fact-checker in the entertainment department at Life magazine, and was promoted to be a writer after he wrote a story about a real estate developer.

In 1968, Welles wrote an expose story on the oil industry’s failure to develop oil shale reserves, which was killed by the management of Life under pressure from the industry.

Welles was fired within months after he became the magazine’s business editor when he sold the oil shale story to Harper’s Magazine, which sparked much controversy.

“His oil shale story was a huge business topic at that time” and is once again in the news due to the growth and controversy over fracking, said Amey Stone, MSN Money’s deputy managing editor and a former colleague of Welles at BusinessWeek (now Bloomberg Businessweek).  “He really was very much able to predict the huge trend.”

Welles continued to wrestle with the domestic oil industry after he was made the director of the Bagehot Program in 1977. During his eight-year tenure, Welles had to balance on a tightrope between fundraising and reporting.

In his early freelance stories, Welles had written critically about the oil industry, and produced numerous articles for magazines such as Esquire, New York and Institutional Investor.

As soon as his appointment was announced, Mobil Oil withdrew its support of $50,000 to the academic fellowship.

“I know that’s not easy,” said Steven Shepard, a former editor of BusinessWeek and the first director of the Bagehot program. “There were times when we took fewer fellows… despite this, the program survived.”

Welles ran the Bagehot program and taught business journalism to mid-career journalists until 1985.

William Glasgall, a Knight-Bagehot Fellow, said he appreciated the flexibility of the curriculum and Welles’ tough examination of businesses.

“Chris just embodied the best of journalism, which is to be very careful with your reporting, be persistent, and never take ‘no’ for answer,” said Glasgall, managing editor for states and municipalities at Bloomberg News.

Welles did not stay as a professor for long because his heart was in journalism, and he felt a conflict between his role as a journalist and his role as fundraiser, his wife, Nancy said.

He joined BusinessWeek in January 1986, bringing a good mixture of scholarly disposition and journalist disposition to the magazine.

Joseph Weber, who knew Welles as a teacher at Columbia and later as an editor at BusinesWeek, said Welles had a take-no-prisoner’s attitude toward bigwig economists or CEOs.

He remembers how Welles stood up against Donald Trump when the real estate magnate demanded  more favorable coverage of the casino operation’s bankruptcy in the early 1990s.

“Chris didn’t offer any response to Trump’s deal-making suggestions,” Weber said. “He was very disciplined about it, and he was very fair-minded when we put the story together.”

In hope of expanding Welles’ effectiveness, Shepard eventually promoted him to be an editor

“There’s a saying that we get the best on Welles for every two months, but his influence will be multiplied if he served as an editor,” Shepard said.

As a senior editor in the finance department, Welles tackled complex issues in Wall Street and the banking industry amidst the eruption of insider trading scandals.

While the magazine had extensive coverage of the scandal involving junk-bond king Michael Milken, Welles was exhaustive in covering BusinessWeek’s own insider-trading scandal. “It was an indication of my trust for Chris to go to the bottom with it,” Shepard said.

As a journalist, Welles is best known for the clarity and thoroughness of his reporting. Seymour Zucker, senior editor of BusinessWeek, said, “The truth was primarily in his way of looking at things.”

Welles also worked for The Saturday Evening Post and The Los Angeles Times. He received numerous awards, including the prestigious Gerald Loeb Award, a National Magazine Award, and the 1997 Distinguished Achievement Award of the Society of American Business Editors and Writers.

Although Welles enjoyed the intensity of highs from reporting, he took an early retirement with BusinessWeek and decided to pursue photography. Three months after he retired, he was diagnosed with Alzheimer’s disease.

His approach to journalism – best captured with the phrases “Question Authority” and “No reprint, no losses”– was reprinted on small, hand-held fans at his memorial service in July 2010. He was 72 and lived in Brooklyn.

Rachel Butt is a native of Hong Kong and a business journalism major in the Class of 2013 at the University of North Carolina at Chapel Hill.