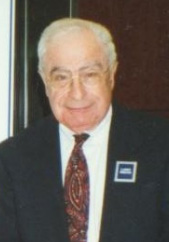 Respected by his peers and revered by younger journalists who worked with him, cigar-chomping Larry Birger was a pioneer in business journalism.

Passionate about the importance of covering the local business community, Birger launched Business Monday at The Miami Herald in July 1980, creating a publication whose format was copied by dozens of newspapers across the country.

He had first approached the management of The Miami News, where he had worked 19 years and was the business editor, with the idea of a separate, magazine-style publication focused on local business coverage. When the News rejected the proposal, he went to competitor Knight-Ridder, which backed it.

Not one to sit at a desk and make phone calls, Birger emphasized the importance of getting out of the office and meeting people personally to learn about the business community, said Satterfield,  who later became managing editor of the San Jose Mercury News and is now a founding member of San Francisco public relations firm  GF Bunting.

“He  had a tremendous institutional memory as well as faith in the business community in South Florida,”  remembers David Lyons, who worked as a reporter at the Herald for Birger. “The standing rule of Business Monday was that it always had to have staff-written pieces based on his firm belief that community business news was at the forefront of everything we should be doing,” said Lyons, now executive editor of the Daily Business Review in Miami.  Birger also did a public radio show, South Florida Business Focus.

Birger was also instrumental in the formation of the Society of American Business Editors and Writers,  remembers Myron Kandel, founding financial editor of CNN.   Birger was one of the early members and served as SABEW president in 1977, receiving the Distinguished Achievement Award in 1995. “He was one of the great pioneers of business journalism,” Kandel said.

“It was a big deal for him when he served as president,” remembers his son, Steve.  “He was very honored.  Every year he would go to the convention.  He got very excited to see fellow business reporters.  He took great pride in his job and honored the men and women who also did a great job.”

Ethics were extremely important to him, said Steve Birger. “The main thing about my dad was that he was really honorable. He was always so worried about taking anything or doing anything that people would say was because of his position. With the power he had, he could have gotten a lot of stuff for free but it never crossed his mind – to the point of fanaticism.”

Born in Montclair, N.J.,  Larry Birger was drafted the Army in World War II, becoming editor of his battalion newspaper in Europe. After the war, he moved to Miami with his family and graduated from the University of Miami in 1949 with a bachelor’s degree in journalism.

He earned a master’s degree from Northwestern University in 1950, and was drafted into the Korean War. He was a copy editor for Stars and Stripes in Tokyo, returning to Miami where he joined the Miami News, whose great rival was the Herald. When the News management turned down his proposal for a weekly business publication, he went to the Herald.

In reaction, the Miami News recruited Merwin Sigale, then with “Nightly Business Report,” to start a rival publication, publishing a Money section on Saturday, two days before the launch of Business Monday.  “Larry was proud of his publication and that it was entirely staff written,” Sigale remembers. “It was a proud moment for him when Business Monday reached 96 pages.”

Sigale knew Birger from SABEW conventions and as a keen competitor. “He was tenacious,” said Sigale, now a journalism professor at MiamiDade College.  “He was savvy about business and well-respected in the South Florida business community.”

With his trademark cigars and sometimes gruff manner, Birger was emblematic of an earlier time in journalism. Satterfield remembers when Birger was told he could no longer smoke in the newsroom. “Larry was crestfallen,” he said. “He’d start a cigar in the morning, leave it in his car, then smoke it at lunchtime and do the same drill on the way home.’’

His characteristic growl masked a great sense of humor and keen interest in boosting the careers of younger journalists who worked with him. “He strengthened the love of a great scoop,” Satterfield said. “Larry was absolutely a mentor in taking a young reporter like I was and introducing me to some of the leaders in the business community. He took a bunch of us under his wing,” he said. “Larry was a really likable guy.”

That mentoring aspect of his personality surprised Bruce Rubin after Birger became a partner in his public relations firm in 1994.  Rubin remembers young associates at the firm, renamed firm Rubin, Barnett and Birger, now RBB, many of whom had never worked at newspapers,  spending sessions with Birger on Friday mornings in the conference room.  “You could have blown me over with a feather how the young kids and Larry liked each other. Instead of Larry being impatient, he’d spend time with them on how to find the right angle.”

Shortly after being diagnosed with cancer, Birger died Dec. 18, 1998 at age 71. The conference room at RBB still bears his name and a scholarship at the School of Business at the University of Miami was established in his honor. In 2000, he was recognized as a Business Luminary of the Century Award as one of the 100 most influential business journalists of the century.

Gail DeGeorge is a former SABEW president and former Miami Herald business editor. She is now an editor for Bloomberg News in Washington, D.C.