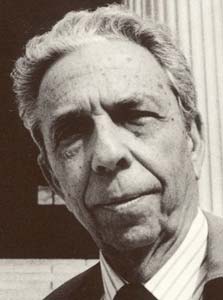 Rowen jumped straight into his career in 1938 at the New York Journal of Commerce and went on to work for 21 years at Newsweek magazine, where he acted as business trends editor.

Bradlee was also Rowen’s mentor. “In all respects, he (Rowen) reflected the strengths of his sponsor at the Post, Ben Bradlee,” said Dave Beal, a fellow member of the Society of American Business Editors and Writers  with Rowen.

Rowen joined The Post as the paper’s first assistant managing editor for financial news. This led to the creation of the Sunday Business Section.

Rowen also oversaw a twice-weekly syndicated column on international and domestic economic affairs, appearing in many leading papers around the United States.

The proof is in the numbers. Under Rowen, the Post’s business staff rose to 30 in 1975 from four in 1966. In the same time period the business news section grew from three columns to day to more then 20.

“(Rowen) helped take it from being a backwater where people just rewrote press releases to one of the most desired place to be in newsrooms,” said Jodi Schneider of Bloomberg News.

The timing of it all created a once-in-a-lifetime opportunity. Rowen was the right person at the right time to expand the business desk, and economics coverage overall.

The rapid growth of the business desk from 1966-1975 with Rowen came about due to a combination of Rowen’s immense talent, and his ability to take advantage of the regulatory climate stirring.

This time period brought about the rapid growth of regulatory agencies, such as the Environmental Protection Agency. This was a huge wake up call for the business world, which now had a lot more to deal with.

“He gets a lot of praise, all justifiable, for putting the Post on the map in terms of international economics coverage, and economics coverage generally” said Beal. The business desk, and business journalism in general, exploded with Rowen.

Rowen’s accomplishments and influence in business journalism spread well beyond The Post. Rowen was also an active member of SABEW and served as its president in 1973-1974.

This code was the first of its kind. “He helped put SABEW on the map as a journalistic institution” said Schneider.

As a testament to his work at SABEW, Rowen was the first recipient of the Distinguished Achievement Award for an outstanding career in business journalism in 1994.

Beal recounted his most memorable work with Rowen at SABEW when he recruited speakers for the first annual SABEW meeting.

SABEW only 58 members at the time, but Rowen pulled some of the biggest names in business and economics to speak — from Ralph Nader to the chairmen of the Securities and Exchange Commission. Beal points to this as an indicator of the clout and influence he held.

Beal summed it up best: “He was a tough cookie who knew what his best interests and those of his employer were … developed the capacity to write concisely about and pump out readable columns on important and incredibly complex topics and had an unusually deep sense of what the world was all about.”

Michelle Brant is a native of Oceanside, N.Y., and an economics and advertising major in the Class of 2014 at the University of North Carolina at Chapel Hill.