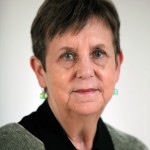 Like others in the business of writing about business, I stumbled into it. Business journalism wasn’t, shall we say, something most would-be journalists aspired to in the late 1960s. But it was a way in, and there weren’t many for women at the time. So when a friend at the New York Journal of Commerce left for Reuters, I applied for her job. My first beat: agriculture!

The Journal of Commerce traced its beginnings to the 1800s, when reporters would take small boats to meet ships entering New York’s harbor to get latest news from Europe first. The Journal of Commerce built sloops that went faster and farther, a key competitive advantage. The additional news they brought back — about the cargo headed into port — was valuable to those who intended to bid for it.

By the time I was hired, things had modernized. When the U.S. Agriculture Department released its periodic crop reports, newswire reporters and others gathered in a windowless basement at the department while already-dialed phones with open lines dangled on their cords in news-organization-paid-for phone booths.

At the other end of the line in Chicago, a JOC staffer waited on the floor of the Chicago Mercantile Exchange, hands poised at the teletype to fill in the numbers I would dictate after a dash to the phone booth at the instant the report was released. The JOC’s Grain Instant News and other wire services were avidly followed by traders.

The New York Journal of Commerce fit the stereotype of what was generally identified as business journalism back then. It was intended for a business audience and tended toward the utilitarian. But during the decades that followed, business writing began to reach a broader audience by making the connections to the way business and the economy matter in every life and by deeper reporting and better writing.

There had been important business journalism earlier, though not always labeled as such. Some of the best work of the great muckrakers of the turn of the last century took on the giant industrial monopolies, or trusts, including “the Octopus,” John D. Rockefeller’s Standard Oil Co.

In 1921, the Boston Post won the Pulitzer Gold Medal for Meritorious Service for exposing the operations of the eponymous Charles Ponzi, which resulted in his arrest. The expose started out with the Post paying $5,000 for incriminating documents provided by Ponzi’s PR man, who apparently thought the “public” in public relations actually had something to do with serving the public.

And in Texas in 1963, Oscar Griffin Jr., a young newsman with the five-member staff semi-weekly Pecos Independent, exposed a local wheeler-dealer named Billy Sol Estes, who, as the New York Times reported in Griffin’s obituary, “masterminded a byzantine scheme to borrow money using nonexistent fertilizer storage tanks as collateral caught the attention of the F.B.I.” That Estes had ties to then Vice President Lyndon B. Johnson helped make it a national story.

In 1968 Nick Kotz, then of the Des Moines Register, won a Pulitzer for national reporting for his exposure of unsanitary meat packing plants. And in the early 1980s, the Washington Post’s Morton Mintz wrote a series of articles about an intrauterine device called the Dalkon Shield, which led to injuries and even death among women who used it. Whether this was called business journalism, or something like investigative reporting, is a matter of semantics.

But still – with exceptions such as The Wall Street Journal, BusinessWeek and Fortune – business journalism remained a kind of backwater at many publications. When I went to work for the Washington Post in the 1970s, business news didn’t have a section of its own but ran in the back of the Sports section, and business stories very seldom were considered for the front page.

That has changed during the past 30 years, with major investigative reporters including Steve Coll, David Cay Johnston, Gretchen Morgenson, Greg Ip and others turning their time and considerable skills to produce important and finely crafted reporting on business and the economy.

A handful of events helped raise the profile of reporting on business and the economy – great crooks and great crises among them. Inside trader Ivan Boesky, junk bond king Michael Milken, Enron’s Ken Lay, Martha Stewart – what more could you ask?

Oil-price induced recessions, followed by the burst of the dot-com bubble, and then the Great Recession resulting from the subprime mortgage crisis touched almost everyone. At the same time, the business landscape was being radically altered in ways including the 1982 breakup of AT&T, the advent of big box stores and online shopping and the disappearance of local businesses, including banks and department stores. And the adoption of retirement savings funds and the growth of mutual funds brought new investors into the market and broadened the audience for financial journalism.

Here’s something else that helped: In the 1980s, before local businesses became so scarce, several newspapers started local business tabloid sections, usually published on Mondays, that brought in extra dollars and allowed business sections to expand and invest in new talent, which now included a lot more women.

Once not that easy to find, business journalism is now hard to avoid – Bloomberg terminals on executive desks, “Marketplace” on public radio, The Financial Page in the New Yorker, Maria Bartiromo on the television in the car service department’s waiting room. And much more than before it is designed to reach the general reader rather than the business insider.