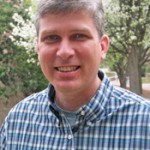 Chris Roush is the senior associate dean and the Walter E. Hussman Sr. Distinguished Scholar in business journalism at the School of Journalism and Mass Communications at UNC-Chapel Hill. He worked as a business journalist at the Sarasota Herald-Tribune, Tampa Tribune, BusinessWeek, Atlanta Journal-Constitution and Bloomberg News. He is the author of two books about business journalism – “Show Me the Money: Writing Business and Economics Stories for Mass Communication” and “Profits and Losses: Business Journalism and its Role in Society.” He is the co-author of “The SABEW Stylebook: 2,000 Business and Financial Terms Defined and Rated.”

In June 2011, the website of business news network CNBC added a new tool that explains complicated business terms to its readers.

Called “CNBC Explains,” this feature profiled in March 2013 topics such as jumbo mortgages and REO, or real estate owned. Both were written by Diana Olick, CNBC’s real estate reporter.

Other explainers on CNBC.com come from Salman Khan, the former hedge fund manager who founded Khan Academy, a Web site dedicated to explaining everything from math to chemistry to physics.

“We have been updating it as the needs arise,” said Allen Wastler, the managing editor of CNBC.com and a board member of the Society of American Business Editors and Writers. “When LIBOR popped up last fall, we needed to explain that. With all of the Congressional stuff in January, we did a few things.

“People seem to like them a lot. We try very hard to make them right down the middle, explain the whole issue, because these things can be politicized. We try to be unbiased.”

“Financial journalists should definitely be paying more attention in a number of ways,” said Mary Johnson, a financial literacy expert for Higher One who is a former associate commissioner for the Connecticut Department of Higher Education. “Financial journalists provide information to inform investors and for people to make better decisions.”

Higher One recently sponsored a survey of 40,000 U.S. college students and found that freshmen are already exhibiting risky debt behavior, but that 86 percent already had a checking account. Nearly four out of five college students worry about debt, but most don’t know how to eliminate it.

The International Center for Journalists, a Washington, D.C.-based organization run by a former BusinessWeek staffer, has been sponsoring a financial literacy course for international journalists working in the United States with the belief that improving the quality of financial understanding in reporters will better society. Since the program began six years ago, 200 journalists have participated.

In addition, the Society of American Business Editors and Writers unveiled “The SABEW Stylebook” in 2012. It defines more than 2,000 business and financial terms, and provides a rating system for business journalists, telling them when they need to define and explain specific terms in their stories. 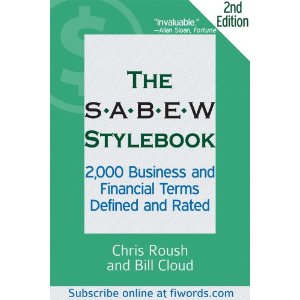 The question is whether financial literacy efforts in business journalism have had any effect. A Securities and Exchange Commission study from September 2012 on financial literacy (.pdf) found that “American investors lack essential knowledge of the most rudimentary financial concepts: inflation, bond prices, interest rates, mortgages, and risk.”

Eliminating debt and balancing checking accounts are some of the simpler financial literacy topics that journalists cover.

“Finance can be an incredibly arcane topic, and if what you’re writing about is important enough to write about, you better make sure that people understand what you’re saying,” said Kathy Kristof, a longtime personal finance writer and a former SABEW president. “Those little bits of information are pivotal for us to explain to our readers.”

To be sure, plenty of business and financial journalism does not accurately explaining finance and economic issues. Many stories during the 2012 presidential election tied the race to the U.S. unemployment rate when presidential policies have little or no impact on jobs.

“Most news audiences and most journalists are profoundly ignorant of economics, and there are a lot of interesting parties that prey upon that ignorance,” said Mark Vamos, the former editor of Fast Company and now a business journalism professor at Southern Methodist University. “All you have to do is survive a presidential campaign to see that. Both sides really rely on ignorance on the part of their audience to manipulate public opinion and push agendas, and too few of us know how to see through that.”

Then there’s the financial illiteracy of some in business journalism. Many business journalists incorrectly wrote about the price of gold reaching an all-time high in 2012 because they did not adjust for inflation. The same thing happened in 2013 when the Dow Jones industrial average also hit a record high – there was no adjusting for inflation.

Combine that with the fact that many business news consumers don’t know basic financial literacy, and business journalism can be a font of misinformation, or at least misinterpreted information, if not done properly.

Annamaria Lusardi, the Denit Trust Distinguished Scholar in Economics and Accountancy at George Washington University, has researched financial literacy and discovered that the problem is worse among females.

“Starting from the very first paper I wrote on financial literacy, I found over and over that women were less likely to answer correctly to financial literacy questions,” she said. “I did not focus on that finding until more recently, when I performed an international comparison of financial literacy. I found the same finding in as many as eight countries.”

Some personal finance journalism is also criticized because while it may explain a topic correctly and therefore improves the financial literacy of consumers, it ends up promoting products from specific financial services companies.

Journalist Helaine Olen wrote in her book called “Pound Foolish: Exposing the Dark Side of the Personal Finance Industry” that a big chunk of personal finance journalism exists solely to promote financial products. Kristof said it drives her crazy when she sees stories written about surveys that find that people aren’t saving for retirement but are sponsored by mutual funds or money managers. Such content does not improve the financial literacy of Americans.

“I have two thoughts,” said Kristof. “No. 1 is how incredibly surprising that Fidelity thinks you haven’t saved enough. They have a vested interest. And No. 2, who is not saving enough? We don’t have to report that to Social Security, and Fidelity doesn’t know how much you have in other assets and how much you spend.”

Dean Starkman, a former Wall Street Journal reporter who now critiques business journalism for the Columbia Journalism Review, is also dubious about attempts from many in the field to address financial literacy with their readers and viewers. He points to data that shows that the majority of mutual funds don’t beat the overall market.

“The trouble with financial literacy is that it shifts the burden onto the backs of consumers. It’s kind of a distraction,” said Starkman. “That sector of the financial industry devoted to retail investing all kind of rests on the idea that if consumers do their homework, they will be OK. And not only that, the ones that do their homework the best will be better than others. The data just doesn’t show that.”

Another problem with financial literacy and business journalism is that the message from the media often changes within minutes and depending on who is writing.

Still, most financial literacy experts and business journalists agree that it is in the best interest of society that reporters writing about business, economics and personal finance do their best to explain their topics in a way that the average person can understand.

“If I am writing a story, and the reader is going to take it as a call to action, you need to be clear as a journalist where they are coming from and what they might know and not know,” said Andrea Coombes, a San Francisco-based freelance writer for Marketwatch.com and The Wall Street Journal who often writes about financial education. “It is a difficult rope to walk. You want to provide important information and information that is useful to a reader. You don’t want them making huge financial decisions based on one article.”

In September 2012, Coombes wrote an article for The Journal that noted: “The Securities and Exchange Commission in a report on financial literacy published Thursday included a review of numerous surveys on the topic. ‘U.S. retail investors lack basic financial literacy’ and ‘have a weak grasp of elementary financial concepts,’ the report concluded.”

Coombes believes that financial literacy is a topic that business journalists should address because of all of the questions she gets from her friends who know what she does for a living.

“Financial literacy is sorely lacking,” she said. “I see it among people I know. I get questions all the time about how to manage their money. I try to show them how to find a money manager or a financial planner. People are really struggling and don’t know what to do.”

Vamos argues that financial literacy in business journalism is especially important when writing about the economy. “People have no concept of what the Fed really does,” he noted.

“We have gone from earnings stories, which certainly you have to do, to explaining how various tax laws and big regulations such as the Fed affects your everyday life,” she said. “That’s huge.

“Financial journalism remains a pivotal part of the discourse, both political and social. You see people in your everyday lives who are talking about financial topics far more often.”