Profiles of former Lehman Brothers CFO Erin Callan are noticeably different from those written about her male colleagues.

A 2012 article for Business Insider described her as “well-heeled.” A 2008 article in The Wall Street Journal included a photo with the caption, “Erin Callan is known for being frank, fashionable.” A Wall Street Journal blog post about Callan with the headline “High on Heels: How Shoes Affect the Juggle” soon followed.

Heidi Moore, now the business editor at Mashable, remembers that article and others like it all too well.

“She was wearing what women wear in bond departments of investment banks, you know, an incredibly sophisticated outfit with stiletto heels — because stiletto heels show power on a trading floor — and this came in for a great deal of comment,” Moore said. “What signals was she sending? Is this an appropriate way to be dressed? It just started this whole conversation around her look and her image, whereas Dick Fuld, who was the CEO of Lehman Brothers, could just show up in a suit and everyone would just accept that he was appropriately dressed.”

Callan’s situation exemplifies the media challenges long encountered by businesswomen, who often receive a skewed kind of coverage, if any at all. It’s a problem that many of today’s business journalists and editors are aware of — one that many are trying to combat with a variety of solutions because the stakes are higher than stiletto heels and the future of quality journalism demands it.

The old problem has proven to be difficult to fix. 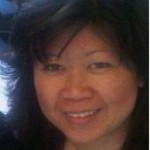 “Years ago, when I was at Reuters writing a stock market close, I specifically used just women for the stock market close story, but failed and ended up having three women and a token male,” said Betty Wong, (right) the former global managing editor for Reuters.

Wong said she recently examined what she calls the standard “bread-and-butter stories” of financial journalism: U.S. stock markets report, corporate earnings and deal stories. She thinks those stories, in particular, have no excuse for failing to include women or minorities because, unlike breaking stories, they can be anticipated and prepared for daily.

Alecia Swasy, a former Wall Street Journal reporter and editor who now teaches at the University of Illinois, said women have historically been underrepresented in business news stories because major corporations were run by men.

“That’s still true today because we’re still writing stories when a woman is named a CEO with the second graf always being, ‘She becomes the X-number woman to be named a CEO.’ Whereas, when a man is promoted, you don’t have to say that,” Swasy said.

“As journalists, we have to reflect the reality. There might be plenty of women in public relations jobs, but when it comes to the seats of power, they’re still in the minority.”

The gender gap in the field of economics has been widely acknowledged. A 2013 article entitled “Where Are the Women?” published in Econ Focus, the economics magazine of the Federal Reserve Bank of Richmond, noted that women earned just 34 percent of economics Ph.D.s in 2011. That’s the lowest percentage among any of the social sciences. Comparatively, women earned 46 percent of all doctorate degrees.

From assistant professor to associate professor to full professor, the percentage of women in each position grows consistently smaller with higher academic posts.

Moore said this power imbalance often leads women to decline to comment in stories, even if they believe women need more representation.

“Women in business have to work a lot harder to get where they’re going, and they become very wary of anything that could hurt their chances, and that includes a high profile,” she said.

“A lot of women in business I’ve talked to — whether they’re entrepreneurs or at the top of very big firms — all talk privately about that same fear, which is the more prominent they get, the more arrows are aimed at them.”

Jennifer Pozner founded Women in Media and News in 2001, when she said there were no other national media organizations working to amplify women’s presence and power in public debate. She’s now made a career of it, teaching others about journalistic coverage of women and giving talks entitled, “Hillary Clinton is a Size 8 and Other Useless Things I’ve Learned from the News.”

By the early 2000s, Pozner had become frustrated by the comparatively small number of women who were quoted in a variety of news sources. She said there weren’t any tools to combat what she described as predictable responses from media outlets about why women were underrepresented.

“The only time, generally, statistically, that you’d even find women’s voices even approaching an equitable level in news would be in the style sections — stories about which pashmina to wear for fall and which starlet was having sex with which actor.”

As Pozner sees it, the repercussions of that lack of representation extend far beyond a single story.

“When you have half the population being either marginalized, erased or deeply trivialized in journalism, that is a threat not only to women, it is a threat to democracy,” she said.

“It makes it impossible to understand where a country wants to go in terms of, say, responses to military action or to domestic policy issues. And it makes it very difficult to ever effect social change.”

Pozner said the responses she received when she raised the issue varied greatly. Some editors and producers told her they’d love to quote more women — if only there were women who were qualified to be sources on the issue. Others told her their job was not to make social change for women but to produce good journalism using the best available voices.

Pozner’s solution came in the form of the Perspectives Of Women Expand Reporting (POWER) Sources Project, a direct response to the two excuses she heard repeatedly. The project created a database of diverse female sources — women of different ages, ethnic groups, races and socioeconomic statuses.

It launched with the goal of easily and quickly providing journalists with a qualified pool of new sources — all of whom were, importantly, also women.

At its height, the POWER Sources database included 2,000 names, though maintaining and updating that database is difficult

Pozner believes the problem is still present today, though she thinks Women in Media and News has made progress since 2001.

“We haven’t changed everything in 10 years, but there has been slow and steady increase of the numbers of women who appear as sources in journalism and the number of women who are heard as voices in their field,” she said.

Wong said her own solution was to push to diversify the reporting and editing ranks at Reuters in the hopes that a more diverse newsroom would produce articles with a diversity of sources who could more accurately tell the stories of readers.

“It’s harder to press that in places like Reuters and Bloomberg, to some extent, because if the main audience is people on Wall Street and investment bankers, for a long time, that was a white male population,” Wong said. “And you couldn’t really argue that you had to diversify the newsroom because of the audience. You could only hope that a wide range of stories and a range of opinions is what diversity brings. I really pushed that.” 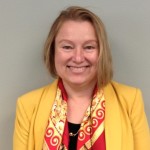 The initiative has been responsible for thousands of women-focused stories each year.

In March of this year, Matt Winkler, who recently stepped down as editor-in-chief of Bloomberg News, participated in a United Nations panel about women and the media. He said key changes at Bloomberg included identifying women who are influential in every field and insisting there be a woman’s voice in every story.

Bennett attributed much of the success of the Women’s Project to Winkler’s support at the top of the news organization. Pozner agreed that the best solution to underrepresentation is a top-down institutional priority.

“Nothing changes on an institutional level in journalism without it becoming a policy, a de facto or explicit policy,” she said.

Pozner said feedback on the POWER Sources Project from most journalists and news organizations has been positive, suggesting the sourcing imbalance is caused more by a lack of resources than a sexist disposition within newsrooms.

“For most journalists, they’re not going about filing their stories thinking about the gender or racial component of their source pool,” Pozner said. “They’re going about their story thinking, ‘Got to get this done, and then I’ve got to get the new story done and I hope it’s accurate, and my newspaper’s cleared half the fact checkers that they used to have on staff.”

The Telecommunications Act of 1996 enabled a wave of media mergers, which forced many media organizations to make cuts and many newsrooms to downsize — something Pozner thinks inhibited diverse news coverage.

The American Society of News Editors’ annual census tracks the number of full-time professional news jobs at newspapers in the U.S. That number has fallen from a peak of 56,400 in 2000 to 36,700 in 2014.

“There are any number of ways that media mergers and media consolidation negatively impact the production of journalism and trickle down to reinforcing the fact that journalists will often end up having to call the same five white guys in suits that have been in their Rolodex for 15 to 20 years as sources,” Pozner said.

Moving forward, Bennett thinks all news organizations have a lot of progress to make in terms of how they portray women, how aggressively they look for legitimate female sources and how well they track rising female leaders at companies.

If Pozner has any say in it, that shift will coincide with changing standards and priorities at news organizations across the board, both business and otherwise.

“Imagine if in addition to accuracy and an attempt at balanced fair reporting, another standard that you just absolutely had to accommodate in the production of journalism was equitably representing the population that journalists are meant to serve,” Pozner said. “Wouldn’t it be interesting if one of the things that mattered structurally, institutionally, was how diverse was your source pool?”

Katie Reilly is a senior journalism student at UNC-Chapel Hill. She will intern this summer at Reuters.