In order to survive in the current digital revolution major news entities are pushing toward digital and diversity in their coverage, while the business desk of The Dallas Morning News is confidently doing neither.

“We don’t waste our energy on what wires can cover,” said Pamela Yip, personal finance and senior/aging issues writer at the Morning News. “We focus our energies on what really matters to readers here.”

Two-thirds of its 60-person staff has been cut since its peak in 2001, yet the business desk remains steadfast in its long-standing and overarching goal: to produce the most meaningful, hyper local and analytical coverage of businesses in Dallas.

“What we cover, we cover very well. We just don’t have as many people as we used to on each beat,” said Terry Maxon, an airline and aviation reporter who has been at the Morning News for more than a quarter century. “So we have to keep re-prioritizing and rethinking how to best use our resources.”

Dennis Fulton, the business editor at the Morning News, said the paper now uses part-time staff or freelancers to cover the beats that it no longer has full-time reporters on.

“We made a plan around what our strengths in coverage needed to be and built a team around that,” Fulton said. “And what we can’t write we use wires to cover.”

Editors at the Morning News have picked their spots, or strengths, in coverage and not looked back. These spots are aviation and airline news, catering to the local older and aging population and producing insightful, analytical coverage of local businesses and the economy. 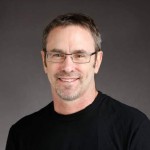 Having covered business at multiple media outlets in North Texas for over 25 years and now as a business columnists at the Morning News, Mitchell Schnurman (right) said the Morning News’ edge lies in the perspective, insight, context, and analysis that it brings to its business coverage. The Morning News refers to this strategy by an acronym, “PICA,” a throwback reference to the pica pole or the metal ruler newspapers used to measure type in column inches.

While technology has made it faster and easier to both gather and report information, Schnurman said the Morning News remains focused on giving readers what they can’t get from mere data or a press release: an informed perspective on local businesses and the economy.

“We don’t believe that breaking news by itself is a sustainable model because it’s table stakes, everybody’s got to have it today,” Schnurman said. “If there’s a deeper explanation then that’s what we think is really important and what our readers value and want.”

For instance, in his April 10, 2015, column “Is Texas Afraid of Going Green?” Schnurman not only reports that there is a proposal to reject the renewable standard of wind power in Texas but also examines and explains why he thinks the state is wrong in trying to eliminate this renewable portfolio standard for green energy.

“I’m not just saying there’s a proposal because that wouldn’t tell you a lot,” Schnurman said. “I’m giving insight into both the history of how and why its worked in the past. It’s not the kind of thing you could do off the top of your head, there’s a lot of insight from my reporting and research.”

Cheryl Hall (right), a business columnist who’s covered business at the Morning News for over 40 years, said readers are after an insightful answer as to how business and economics pertains to them.

“We are very dedicated to being meaningful and leading with our expertise,” Hall said.  “The world is very, very complicated and the general public is looking at credible media to help them find the way to truths.”

Similarly, the Morning News has persisted with its emphasis on aviation and airlines news. 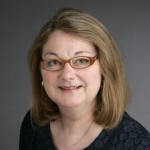 This emphasis seems fitting because two of the largest airlines, American Airlines and Southwest Airlines Co., are based in the metroplex and the Dallas/Fort Worth International Airport was the third-busiest U.S. airport in 2014 according to the Federal Aviation Administration.

Maxon said the blog gets about 400,00 page views a month.

“Print is mostly for North Texas but on the Internet everyone is next door,” Maxon said. “So there’s a lot more readership from across the country.”

Maxon said the blog is to thank for making the Morning News the sole media outlet to break that American Airlines was going to file for bankruptcy in November 2011. He said a blog reader who was also a grounds worker at American emailed him to say that he had heard from headquarters that there was going to be a “big event” the next day at American.

“This was my biggest scoop, and it wouldn’t have happened without the blog,” Maxon said.

The business department at Morning News has also chosen to cater to its core audience: older readers who want a print product.

Fulton said the majority of the paper’s revenue is still generated from its print newspaper and that juggling coverage to best serve both audiences is difficult.

“Writing for both audiences is tough and stretches us thinner than you would think,” Fulton said.

Schnurman said the Morning News is chiefly committed to producing a print newspaper that’s worth paying for.

Catering to the Core Audience

The business desk even staffs a full time writer, Yip, who equally splits her coverage between personal finance and aging/senior issues. 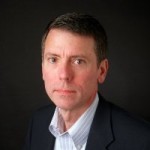 Fulton (right) said although it’s not common for news outlets to have a beat that revolves around retirement, Yip’s coverage is important to catering to the paper’s core audience.

“Our print audience is ready to retire or already has retired and is thinking more about their money than our younger web audience,” Fulton said.

Recognizing its target market and gearing its coverage to best serve these consumers has made the Morning News’ business coverage consistently successful.

“We have a lot of heft and depth over competitors,” Fulton said. “We are the best in Dallas and the metroplex.”

But this in-depth and niche approach to covering business is just one piece of the puzzle to creating a news outlet that can endure in the digital revolution.

The Morning News’ focus on its core audience may help it retain its current readers, but may also mean that it will fail to capture important growing Texas and national demographics: millennials and minorities.

There’s been an undeniable advent and continued popularity of online and social media as a means for consumers to gather news.

On average Americans follow the news using four different devices or technologies, according to a 2014 report by the American Press Institute.

Furthermore, 59 percent of millennials get their news from the Internet according to a report by the U.S. Chamber of Commerce Foundation.

While most of the department’s reporters are on Twitter and Facebook, Fulton said he doesn’t require all of his writers to have it.

“I think we need to bring everyone up to speed and have more basic knowledge and understanding of digital on the staff,” Fulton said.

Additionally, its online content is predominately text. Technology has made it possible and easy to create graphs and videos that can help readers better understand business news.

Maxon said he focuses on “getting more story in” than on creating “flashy” graphics for his stories.

Hall agreed; she said she is more concerned with having strength in the textual content of her columns more than incorporating graphics to supplement her work.

“There’s plenty of room for improvement to make my stories more interactive, but I’m 63 years old; I’m going to let someone else figure that out,” Hall said.

“It’s good because we have a lot of deep knowledge about Dallas business and how things work but we don’t have the perspective that younger faces would bring,” Fulton said.

Moreover, there are only two women, one of which is the only minority, who cover business full-time for the Morning News.

In having such uniform demographics among its staff, the Morning News may be ignoring a large segment of its readership.

This is because among states, Texas has the second highest population of immigrants, according to a 2014 report by the Federal Reserve Bank of Dallas, with 60 percent of the state’s immigrants being from Mexico.

Specifically, the Dallas-Fort Worth area has the second highest foreign-born population share in the state (18 percent), according to the same report.

Fulton said he knows the value of diversity in the newsroom and that the diversity of his staff isn’t as good as it used to be.

“We lost a lost a lot of good minority reporters that I wasn’t able to replace,” Fulton said. “You have to hire the best candidates when people apply. You can consider diversity but you must hire the best person.”

Fulton said the writers at the business desk will eventually retire or leave and that the Morning News’ will take age and racial diversity into consideration when that turnover occurs.

The newspaper industry is collectively working toward adapting to digital and better modeling the ever-increasing melting pot that is our American society.

While the business desk of the Morning News has room to improve in these facets, its intelligibly narrowed approach to coverage is successful in providing analytical and well-written business stories to Dallasites and its audience on the Internet.

Hall said she doesn’t know what the future ultimately holds for the Morning News or any newspaper. Though she said she is hopeful for the future of the Morning News because everyday she walks into work she’s reminded of the paper’s motto which is displayed in the lobby.

“It says ‘build the news upon the rock of truth and righteousness,’” Hall said. “Every time I see it I think to myself ‘Yeah, we still actually believe that here.’”

Paulina Blanc is a senior at the Schieffer School of Journalism at Texas Christian University.