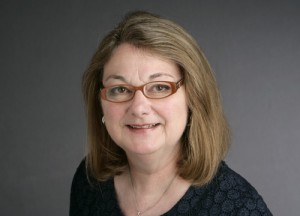 Born Dec. 5, 1951, has spent her 41-year career in the business news department of The Dallas Morning News, starting as a summer intern. Hall writes a twice-weekly column that primarily focuses on unusual personalities and businesses in the Dallas/Fort Worth area.

I started down my career path in the pre-dawn age of business journalism of 1972. Remarkably, The Dallas Morning News’ business editor, Al Altwegg, had an MBA from Wharton. The News had bought a suburban newspaper he owned and “acquired” him in the process.

I knew nothing about business but accepted the internship in the department because it was the only slot left for summer help. Frankly, I was conflicted – elated to have a job, any job; intimidated because it was covering a topic that was completely foreign to me; and somewhat offended because I was being banished to the backwaters of the newsroom.

Little did I know that I would become editor of the department 10 years later or that business would gain such prominence that it would join sports as one of The News’ two “franchise departments.”

During my novice days, Altwegg taught me lessons that I’ve carried with me for four decades.

The first is that business news is nothing more or less than how people put food on their tables. Some eat sirloin. Some eat hamburger. Some go hungry. It’s the how and the why that makes for interesting reading.

Personal success is more about freedom than money in the bank.

Everybody has a boss.

And everyone and every organization is a business story waiting to be told. It’s your job to discover what that story is.

As business editor, I tried to guide reporters to seek out the humanity in even the most arcane topics.

It didn’t take long to peg Johnson’s management-by-objective style in 1992, as he entered his fourth, and ultimately triumphant, season with the Cowboys. He saw himself as a motivator, a strategic planner and a manager willing to make tough decisions and act on them.

Sills, the world’s most famous soprano, was the first performing artist to serve as chairman of the Lincoln Center for the Performing Arts.

“The boardroom is my territory. I really don’t let anyone have an inch of the property,” she said in a 1996 interview. “I’m tough, we finish on time, and I get everything discussed. But by God, it never gets heavy. I haven’t got time for that.”

Nothing more, nothing less.