By Diana B. Henriques 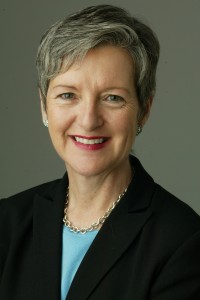 Born December 1948. Author of the New York Times bestseller The Wizard of Lies: Bernie Madoff and the Death of Trust, and a writer for The New York Times since 1989. She previously worked for Barron’s magazine, The Philadelphia Inquirer, and The Trenton (N.J.) Times.

If Sylvia Porter were alive today, she would be twice as old as SABEW.

Born on June 18, 1913, Porter was already one of the best-known financial writers in the country when the Society of American Business Editors and Writers was created in 1963. By 1948, the year I was born, her flagship daily column in the New York Post reached more than 40 million Americans and was proudly signed “Sylvia Porter.”

When Editor & Publisher magazine observed in February 1949 that Porter was “the only woman among 10,000 men financial writers,” it was wrong. As early as the 1930s, women financial writers were chipping away at gender barriers at The New York Times, United Press International, the Journal of Commerce and Fortune. Katharine Hamill was hired by Fortune magazine as a research assistant in 1931.

But in 1966, when I went off to college with the fixed determination of becoming a journalist, my role models were few. Pauline Fredericks, who was already covering the United Nations for NBC when I was a child, and Nancy Dickerson, who was covering political conventions for NBC when I was in high school, were the only women in journalism prominent enough for my parents to have noticed them. My mother begged me to consider being an English teacher instead. She was certain my career ambitions would deny me a husband and entrenched sexism would deny me a career.

To its credit, SABEW never excluded women, but its policy was exceptional. The Society of Professional Journalists, founded in 1909, did not admit women until 1969 – earlier than some other journalism organizations but too late, by a year, to be helpful to me. When I was an editor of my award-winning campus paper in Washington, D.C., in 1968, I was not included when my male colleagues hobnobbed with notable Washington journalists during lunches and dinners.

Women reporters were famously confined to the balcony at the National Press Club when newsmakers addressed its male membership over lunch, giving Nan Robertson, one of the pioneering women at The New York Times, the title for her 1992 memoir, “The Girls in the Balcony: Women, Men and The New York Times.” The women escaped from the press club balcony in 1971, but it was not until 1975 that they were admitted to the New York Financial Writers’ Association.

It’s different today. Women journalists are working in every sphere, from business news to sports. They have anchored the evening news, moderated presidential debates and reported from war zones. Women are prominent on SABEW’s board and in its annual roster of award winners; its endowed chair at the University of Missouri is held by a formidable woman journalist; and heaven help the man who thinks the women in SABEW can be confined to the balcony anywhere.

Behind that achievement lie a lot of lonely years and countless infuriating, belittling insults borne quietly – or not. I have no patience for women of my vintage who blithely insist they never experienced any discrimination in the workplace. Watch a few “Mad Men” episodes, for heaven’s sake! I suspect that every woman journalist my age has a few jaw-clenching stories in their unwritten memoirs. Porter certainly did.

An unidentified editor quoted in a Time magazine cover story in 1960 had this withering assessment: “Sylvia’s a non-woman.” The great Carol Loomis fought a fierce battle to be admitted to speeches held at the Economics Club in New York. Jane Bryant Quinn smiled through some dumb, sexist moments. Women journalists of the 1960s and 1970s all knew the bone-deep truth of the feminist calculation: A woman had to be twice as good to go half as far.

Sometimes the isolating gestures were subtle. I had an editor at The Philadelphia Inquirer who dealt out incoming corporate press releases to various reporters based on their beats. His habit was to scribble the first name of the intended recipient on the top of the press release. Mine invariably were directed to “Ms. Henriques,” not “Diana.”

Then there were the less subtle insults: The editor who wanted to know what method of birth control I was using as a new bride, so he could be sure I wouldn’t get pregnant and quit if he hired me. The groping accountant, whose offer of a lift to the train station became a jujitsu moment. The state legislator who repeatedly tried to kiss my cheek at press conferences. The paycheck that fell far short of what my male colleagues in identical jobs were making.

As a well-behaved young lady, I didn’t whine or make a big deal out of these small insults at the time. Indeed, I haven’t thought of them for years. In some ways, they shaped my career for the better. Shut out of the late-night “happy hours” at local bars, where my male colleagues gathered hot tips from off-duty cops and tipsy county commissioners, I turned instead to the mortgage and title records at the county courthouse. That’s when I learned the immensely liberating fact that a document doesn’t care if you’re a man or a woman , and document-based scoops fueled my early career advancement. I still say I never met a document I didn’t like!

It is also true that I never met a document that treated me as churlishly as some of the men I had to deal with on a daily basis in those days. So please, don’t expect me to believe there were star-dusted working women who navigated the same professional landscape during those years without ever encountering such behavior.

It went with the territory – and the territory, slowly, was changing. Lawsuits filed in the 1970s against Time Inc., The New York Times and Newsweek helped unlock some doors. I landed my first reporting job in 1969 and was the beneficiary of those efforts. By 1982, I was covering Wall Street for The Philadelphia Inquirer. When I got to Barron’s in 1986, there were already a few women on staff. And when I was hired by The Times in 1989, I joined a business news department already occupied by a number of women journalists, including Sarah Bartlett, Claudia Deutsch, Geraldine Fabrikant and Leslie Wayne.

It is true that women occupy more desks in business newsrooms today, but they are still scarce on the mastheads at major financial publications. The Times has had 10 top financial editors since 1920, none of them women – although Jill Abramson broke the gender barrier at the top of the Times’ masthead when she became executive editor in 2011.

Of course, all this is a perverse reflection of the world we cover, where women CEOs and boardroom directors are still thin on the ground. Hamill, writing in Fortune in 1956, noted that “no woman has yet risen to the upper executive level at a big industrial corporation.” By the magazine’s estimate, there were about 250,000 “real” executives in the country, and fewer than 5,000 of them (2 percent) were women. With women making up more than half of the labor force, the 2012 report by Catalyst shows women filling just more than 14 percent of the executive jobs at Fortune 500 companies, and less than 17 percent of the Fortune 500 boardroom chairs. At that rate, how long will it take for those percentages to get anywhere close to 50 percent?

So it is still an unfinished revolution, and too much remains that Porter would find painfully familiar. As SABEW marks its golden anniversary, and as we all mark the centennial of a pioneering woman financial writer, I find myself reflecting on how I owe the smart, brave women – and enlightened, supportive men – who made my career possible. I hope women working in newsrooms today realize how far we’ve come, how hard we all worked to get here and how much further we have to go.