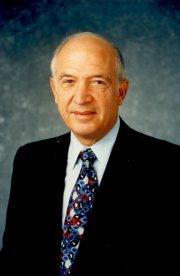 Fifty years ago, I wrote an article for the Bulletin of the American Society of Newspaper Editors titled “Requisite for Better Business Pages.” In the lead paragraph, I wrote, “Of the major sections in today’s newspapers, the business and financial pages are probably the worst.”

That article indicated that only a handful of newspapers had above-average business and financial sections despite the growing number of Americans who owned shares of American companies either directly or indirectly through pension and profit-sharing funds.

Part of the problem can be traced to the lack of objectives: apparently, no decision was made as to whether the section should be edited for the investor-reader, local business, or personal business interests. Meanwhile, some of the business journals, such as Business Week, Fortune, and The Wall Street Journal, flourished.

This changed with the growing popularity of television and the Internet, as well as the recession. As for the business sections of newspapers, they have returned to their old status because of the shrinking size of the newspapers, caused by their reduced readership, advertising, and profitability.

However, business news and coverage increased on television and through the Internet, and a great number of investment and financial newsletters made their appearance. Business publications that were dependent on advertising suffered, the most notable example being BusinessWeek, which after major financial losses was sold to Bloomberg.

Running personal business articles, with information gleaned from some of the better personal business newsletters, and supplemented with interviews with local financial planners, brokers and insurance agents, also can create a great deal of reader interest.

Business writers in these communities might also consider having a local radio or television program to give reports on local business news or to tackle consumer interest items by interviewing local experts (brokers, bankers, insurance agents, etc.) and use knowledge gained by reading personal finance newsletters.

For those on major newspapers, continue to expand your knowledge of business by attending special business seminars or taking courses at local universities. If you have the time and your employer is willing, you might consider going for an MBA or take an executive MBA program.

The key to success as a business journalist in the years ahead is to be flexible. The Internet and television are changing the way the public wants to get financial information and advice.

The next few years will bring important changes in how business and financial information will be delivered. What is clear is that there will be a growing need for business writers and editors to provide these growing providers with information. The challenges are there. Be sure to take advantage of them.