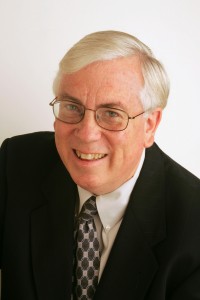 Born Sept. 6, 1947, is the chief financial correspondent of The New York Times, where he has worked since 1988.  He previously was stock market editor at Barron’s National Business and Financial Weekly and worked for both The Associated Press and United Press International.  He is the recipient of three lifetime achievement awards in business journalism — the Elliott V. Bell award from the New York Financial Writers’ Association in 1998, the Gerald Loeb Lifetime Achievement Award administered by UCLA in 2003, and the Distinguished Achievement Award from the Society of American Business Editors and Writers in 2008.

When I became a business journalist in the late 1970s – having gotten a job at the Associated Press despite a lack of experience, let alone expertise, in financial reporting  —  it seemed to me that too much of the reporting consisted of little more than, “He said this but she said that.”

How was the company doing? We quoted an analyst, who was presumed to be objective. Was the stock a good buy? Particularly diligent reporters found a short seller to disagree with the bullish analyst.

There was one shining example to the contrary: Carol Loomis.  Reading her articles in Fortune left me envious.  She didn’t quote some analyst about what a company’s financial statements showed.  She read them and told us what they meant.

Sometimes she figured out tricks companies were using that no one else had noticed, or at least no one had written about. Why couldn’t I do that?

In 1981, I was fortunate enough to get a Walter Bagehot Fellowship at Columbia University’s journalism school.  We were expected to take classes in the business school for a year, and I stayed for another two semesters and earned an MBA.  Accounting, and the games that could be played to make the numbers look better, fascinated me.

After leaving Columbia, I joined Barron’s as 1983 began, and soon took over the stock market column.  The previous writer, who had been at the magazine since 1959, had quit in anger after being passed over for a promotion.

(An aside:  During a taxi ride, I mentioned to Alan Abelson, the Barron’s editor who had given me the column, that 1959 was the year I had gotten out of sixth grade.  “How long were you in?” he replied. )

It was at Barron’s that I was introduced to the wonders of Disclosure Inc.  In those days, the only ways to get a company’s filings with the U.S. Securities and Exchange Commission were to go to the SEC reading room, get a company to send their own filings to you (probably by mail) or buy them from Disclosure. That company would messenger documents to you within a day – or within a couple of hours if you paid extra.

Barron’s had an account, and I came to abuse it.  Since I could not be sure exactly what filing would have a crucial fact about a company, why not buy them all?  Piles of paper would appear.  Bills for a single piece of research, which might or might not lead to an article, would sometimes exceed $1,000.  Nobody at Barron’s complained, and I found I could get information for the weekly that no one had published in the dailies.

I learned to read quarterly and annual reports from the back.  The footnotes were where the interesting stuff was buried.  So I would read them first.  I assumed the chairman’s letter was public relations propaganda, and usually skipped it.

I came to The Times as a financial columnist in 1988 and promptly opened a Disclosure account.

I also did something that I had never done before.  I called up a journalist and asked if I could talk to her about her work.  Carol Loomis said yes, and we had lunch.  She stunned me by telling me that before she wrote an article about a company, she read the last five annual reports, cover to cover.

Including the chairman’s letter?  Surely not.

Yes, she said. Those letters were valuable, especially the old ones.  Sometimes a promising new business or strategy was heralded one year, only to vanish without a trace a couple of years later.  Finding out what happened and why could be fascinating.

Since then, I have read those letters as well.

These days, young financial journalists know far more about finance, companies and markets than I did when I broke in.  An SEC filing can be on anyone’s computer screen almost immediately after it is filed, at no cost.

But SEC filings remain an underused resource. Companies release their earnings using news releases, and the actual financial statements can come out weeks later, ignored by reporters.  There are still gems in footnotes.