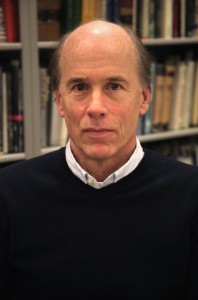 Born January 2, 1952, has been AP business editor since 2008. He was business editor of the Times-Union in Rochester, N.Y., and managing editor/Money of USA Today. He has a degree in journalism from the University of Kansas and an MBA from Stanford Business School. In 2000, Ritter was named one of the 100 greatest business journalists of the 20th century by TJFR and MasterCard.

What I’ve learned . . . in 19 years as a business editor (with apologies to Esquire):

Many financial journalists should be doing something else. Of course, you can say that about every occupation.

Those who fall short lack the desire to be the best. If you’re a bricklayer and don’t want to be the world’s best bricklayer, you should find another job.

Good writing is simple. I don’t mean easy. I mean if you write simply, your writing will be good.

Good writing is clear, concise, correct. Clear means simple sentences, for the most part. Concise means no unnecessary words. Correct means no grammar, usage or other mistakes. Few would disagree; even fewer master all three.

If you can’t write well, double down on your reporting. A good editor can shape a great story if the reporting is there.

Bone up on a topic before you start reporting. Become as expert as the experts you’ll interview.

Many expert sources aren’t. They spout conventional wisdom, or say things that are wrong. Don’t be afraid to push them around. Throw their quotes back and make them reconsider. And find expert sources who are.

Every editor has a reporter who tries to mask weak reporting with “fine writing.” Don’t do that to your editor.

If you report deeply, you can write authoritatively.

Ideas are the lifeblood of every newsroom.

Put every idea to a rigorous reader test. It matters little how much you and your editor like an idea. If readers don’t read your story, you’ve wasted your time.

Put the reader first. Those are four words to live by.

I’ve come to value critical thinking as much as any skill in a financial journalist.

Many quotes in stories are lame. Mostly, we can write better than people talk. A good quote is like the punch line of a joke.

No matter where you went to school or what courses you took, you have much to learn. There are many ways to learn on the job. Take advantage of them. Consider options outside work, such as classes in finance and economics at a university. Or take a break and get an MBA.

Financial statements should be as easy to read as a beach novel. And almost as enjoyable.

If you don’t love numbers, you’ll never make it as a financial journalist.

Read every story you write when it appears in print and compare it carefully with the story you turned in. If you have a good editor, that’s the easiest way to learn.

I’ve had the privilege of working with some of the best financial journalists of our time. At two newspapers and The Associated Press. They helped me learn those things.