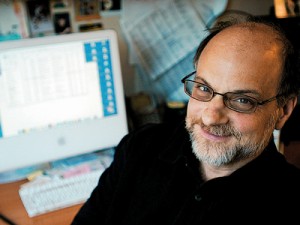 Born July 16, 1952. Gilman was the No. 2 editor at Fortune before leaving at the end of 2012. He spent 16 years at the magazine, including a stint as editor of Fortune Small Business. He was also the business editor of Newsweek from 1991 to 1996 and the assistant business editor and personal finance columnist of the Boston Globe from 1998 to 1991. He won the Lawrence Minard Editor Award from the Gerald Loeb Foundation in 2011.

It doesn’t seem so long ago — well, it doesn’t seem long ago to me — that the business section was the backwater of the daily newspaper. It was the place they sent you when a little zip went off your fastball.

The “business pages,” as we used to call them, were filled with such people — and management was too lazy to do anything about them. It was the Zombieland of journalism.

Of course, there were business magazines and The Wall Street Journal when I left college around 1976 or so. But econ-journalism wasn’t sexy. Not for kids weaned on Watergate and Woodward and Bernstein. Few of us had interest in crunching economic data, writing glowing pieces about fat cats and smoking cigars at the Harvard Club. (Not that I qualified.)

Unfortunately for me, I was an economics junkie. I read The Journal and BusinessWeek in college. Fortunately for me there were forces at work that would make business journalism the center of the universe.

In the 1980s there were three big trends, from my vantage point, that made stars out of business journalists and the publications that hired them.

The personal investing boom gets a lot of credit. The stock market was going crazy in the 1980s when I got into the business. And when the stock market goes up, everyone wants in on the game. For the reader, that meant an insatiable appetite for expert information. For publications, that meant a demand for journalists who could actually dole out that information. (In other words: kinda knew what they were talking about.) For financial advertisers, they needed to get their message out to the masses.

Hand-in-hand with the stock market boom, was the mergers and acquisitions explosion. You had great tales of back-office intrigue, colorful characters and, here and there, some good old law-breaking. Who can forget then-U.S. Attorney Rudy Giuliani and his Wall Street perp walks? Leveraged buyouts? Junk bonds? Ivan Boesky and Michael Milken? Great stuff.

Finally, there was the tech boom of the 1980s. IBM, Digital Equipment, the legendary Route 128 technology corridor in Massachusetts were among the icons. Mainframes vs. mini-computers vs. PCs. The young Michael Dell and Bill Gates — barely a PR posse in sight — would descend on the offices of The Wall Street Journal and other publications and tell tales of revolution. You just had to cover this stuff.

The result of all this? In my view, it allowed business journalism to take its rightful place among the politics, sports and entertainment beats. Long-form writing was prized. Business journalists who could also tell a good story were in demand. Daily newspapers from the New York Times to the Boston Globe expanded their business departments and even devoted separate sections to the topic.

Publications such as BusinessWeek hired scores of writers to cover the technology beats. (In fact, in the mid-’80s, it seemed like an arm’s race between the WSJ and BusinessWeek for talent and big stories.) For us reporters, well, we were paid far more than we ever expected when we left college. We could actually become a part of the upper-middle class and not have to marry well to do it.

But the biggest impact of all was that some of the country’s finest journalistic talent gravitated to business publications. At The Journal we had a slew of writers from the Ivies and other top schools with everything from law degrees to MBAs. When I was at The Journal in the mid-’80s, you could literally throw a stick and hit a future Pulitzer Prize winner.

That would never have happened — ever — in Zombieland.