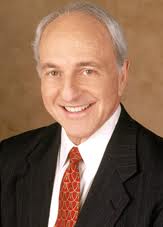 I was financial editor of the New York Post in 1979, having been recruited for that job by Rupert Murdoch soon after he bought the paper at the end of 1976 with the promise that he would publish a “respectable” tabloid.

For a while, we did just that. It had some good ingredients — a terrific sports section, outstanding cultural reporting and criticism, a still-liberal editorial page under the legendary Jimmy Wechsler, and, if I may say so immodestly, a superior financial section. It also had an innovative brand of gossip titled Page Six.

But then the paper’s upfront news pages and headlines began getting more and more sensational, and so I began thinking of leaving, even though Rupert was paying me a good salary, in addition to a hefty fee for the syndicated column I wrote with my old friend and former New York Herald Tribune colleague Phillip Greer.

Out of the blue, a friend asked me to have lunch with him and a fellow who was putting together an all-news television network for someone named Ted Turner. I agreed as a favor to my friend and met the first president of what was to become Cable News Network, a news visionary named Reese Schonfeld.

If you’re going to do all that TV, I told him, why not devote at least some of it to covering business news, which I described as the real wasteland of television news. We’re going to do just that, with a half-hour program at 7 p.m., he responded. Great, I said, thanked him for lunch and went my way. The tube was not ever in my thoughts, what with my Brooklyn accent and a face more suited to radio than even a small TV screen.

But then Schonfeld called me and asked me if I’d be interested in the job of financial editor and on-air guru for the new network. I said I’d consider it. Then he added, just take a “screen test.” That’s it, I thought, figuring such a test would be my undoing. But I showed up at the appointed place, a nondescript office in midtown Manhattan, where I was seated at a desk with a
rudimentary camera pointed at me from the doorway, and I was asked to talk about myself, read something and interview the guy who was conducting the test.

After listing my various jobs in journalism, I read from a carbon copy of the column I had just delivered to my syndicate and proceeded to ask the interviewer such questions as, “Who’s this guy Ted Turner?” and “Where is he getting the money for this new network.” Then I left, and on the way out and then down the street bumped into two old friends, both of them excellent financial journalists and younger and better-looking than me. Obviously, they were on the same mission, and so I wrote off that idea.

A few days later, however, Schonfeld called me and said he had received a tape of the test and it was fine. “You’re kidding,” I said skeptically. “Yes it was,” he replied. “What you don’t have in the television graces, you make up for credibility, knowledgeability and sincerity.”

So I took the job and started in January 1980. I figured I was too busy planning for the , network’s start that June to attend the SABEW convention in Dallas in May, but Schonfeld urged me to go, and I went.

The folks running the meeting gave me a segment. While I was in the midst of discussing what we were going to do with a full half-hour of business news for the first time in the history of network television — including my own on-air role — a loud voice boomed out from the audience. It was from my friend Elizabeth Yamashita, a crusty professor at the Medill School of Journalism at Northwestern University.

“YOU’RE going to be on television?” she exclaimed somewhat incredulously, amid a chorus of laughter.

Those words still resonated to me during the 25 years I then spent at CNN and its various sister networks. If I ever felt I might be getting a swelled head, all I needed to do was to remember Elizabeth’s words, “YOU’RE going to be on television?” and that always got me down to earth.

So SABEW deserves part of the credit.