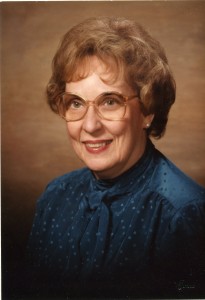 At Eileen Shanahan’s 50th wedding anniversary, her husband John Waits Jr. recalled the days in 1974 leading up to his wife’s decision to be a named plaintiff in Boylan et al. v New York Times Company.

Six of Shanahan’s female co-workers publicized their names on a lawsuit that charged The New York Times with gender-based discrimination in violation of the Civil Rights Act of 1964.

Shanahan was not naïve. She knew the men in the newsroom would respond viciously.

Her youngest daughter Mary Beth Waits recalls what her father said on their anniversary in response to Shanahan’s hesitations.

“He told her, ‘What are you going to tell your daughters when they grow up?’” Waits said. “‘That you had a chance to go do something important, and you were too scared to do it?’”

Shanahan was the seventh named plaintiff of a landmark discrimination case against the Times that challenged the newspaper’s reputation as a progressive and open-minded employer.

“It was one of those things that she felt like despite what the possible ramifications were, it was almost her moral duty,” Waits said.

At the time she joined the lawsuit, she was the leading economics reporter at the Times’ Washington, D.C. bureau. It took her 21 years to earn that position covering the nation’s capital, where she was raised and attended college.

“Washington and its labyrinth politics were no mystery to Eileen,” wrote Nan Robertson in her book “Girls on the Balcony.” “She had been born and raised in the Capital and spent her entire life working there. The will to work hard, to be first and best, had been drummed into her from her earliest years.”

She studied political science at George Washington University during World War II and graduated in 1944, according to the Times’ obituary. While in college, Shanahan worked at the Washington Post as a summer copy boy, a position often filled by males.

It was at the Post that she met her future husband, Waits Jr., who was also a student at George Washington.

“She always said she never would have gotten the job if all the young men had not been away at war,” Waits said about her mother’s editorial position.

During her tenure as editor-in-chief, Shanahan oversaw a series of articles that criticized the university administration. In response, Waits says the administration “blackballed” her mother from graduating with honors as Phi Beta Kappa.

“Ms. Shanahan was one of many women who broke into journalism during those years, when male reporters were off covering the war…When the war ended, she was one of only three women who retained their jobs at UP,” according to Sara Fritz’s obituary from The St. Petersburg Times.

She then worked for Walter Cronkite as his editorial assistant. Shanahan’s oldest daughter Kate said her mother knew Cronkite before he reached widespread fame.

Her next job was at The Journal of Commerce, where she earned her way to being the Times’ top economics reporter, covering D.C. from 1962-1977.

“Mom was an economics reporter at a time when most women reporters did the society page or the garden society circuits or the wedding pages, stuff like that,” Waits said. “Being a domestic economics specialist just didn’t fit the mold.”

“Mom was a person who was very hard working,” added Waits. “…She had a doggedness to be thorough, to get the facts exactly right…She told me she knew the middle initial of literally thousands of government officials in D.C. because she said ‘if you couldn’t get the middle initial right, why should they believe any other fact in the story?’ It has become, for me, a philosophy of how I work in life and she had that quality.”

During her career at the Times, Shanahan covered economics along with the emerging women’s movement and Nixon’s tax fraud in the early 1970s.

In a May 21, 1994, interview for the Washington Press Club Foundation’s Women in Journalism Oral History Project, Shanahan said she was proud of her coverage of Nixon’s tax fraud because “it helped to set the stage for ‘Nixon must go.’”

She said she got a tip from an advocate, who worked for Ralph Nader, that “Nixon might have quite illegally took a huge, hundreds of thousands of dollars, tax deduction for his contribution of his pre-presidential papers to the (National) Archives.”

She said that Congress passed a law making this practice illegal. Through careful leaks from the National Archives and Records Administration, Shanahan said she learned Nixon violated this law.

She said she started making an issue of tax fraud in her coverage at the Times, and this led to an investigation by the non-partisan Joint Committee on Taxation.

“And I think he really thought they wouldn’t find anything,” Eileen said in the 1994 interview. “Well they did.”

In a 2001 NPR interview, former Times reporter Nan Robertson said Shanahan finally left the paper in 1977 because “she felt that she couldn’t get any farther, that she couldn’t be the chief economic correspondent in the Washington bureau.”

“And she decided to leave the Times and become one of the chief name plaintiffs in the sex discrimination suit that the Women’s Caucus of The New York Times filed in 1974,” Robertson said. “This was a class-action suit by the 500 women then hired in all kinds of jobs by the Times.”

In the interview for the Women in Journalism Oral History Project, Shanahan talked about the conversation she had with the Times’ then Managing Editor Clifton Daniel during her job interview.

“He asked me at one point in the interview what my ultimate goal was…I said, ‘Oh, Mr. Daniels, all I want to be is the best reporter and you can’t be the best reporter unless you’re at the best newspaper, and that’s the New York Times.’

“He replied, ‘That’s good, because I can assure you that no woman will ever be an editor at the New York Times.’ The year is 1961: it wasn’t illegal. People said things like that in those days. The law of course that made it illegal to say things like that was passed in ’64, but it didn’t begin to be litigated until the early ’70s. So that’s the way it was.”

She left the Times to work for the government as assistant secretary for public affairs in the Department of Health, Education and Welfare during Jimmy Carter’s administration.

Shanahan returned to journalism as associate editor of the Washington Star and then moved on the Pittsburgh Post-Gazette where she was the assistant managing editor.

“Eileen had a huge respect for facts, and little patience for people who took shortcuts in writing,” Martin said. “Once she did her reporting, she would become an authoritative source on the subject, and that was how she viewed reporting.”

While working for Congressional Quarterly as a tax writer, she met Peter Harkness and they founded Governing magazine in 1987, which covers state and local government.

As her last full-time job, Shanahan worked as the Washington bureau chief of The St. Petersburg Times.

Sarah Mansur, from Chicago, is a senior journalism major at the University of North Carolina at Chapel Hill.