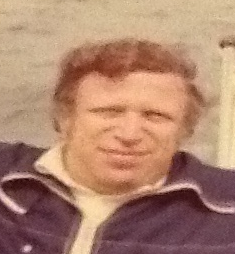 In college, students often hear the saying, “If you do what you love, you will never work a day in your life.” For many this will go in one ear and out the other, but Robert Dallos took this idea and turned it into a 33-year career in journalism.

“He would often tell people he was lucky because he got paid for his hobby,” said Carol Dallos, Dallos’ wife.

Born Sept. 9, 1931, in Berlin, Germany, Robert “Bob” Dallos moved to New York City with his family at the age of 5 to escape the prosecution of the Nazi regime. After growing up in New York, Dallos went on to study journalism at Boston University and was quickly able to find a job with United Press International upon graduation.

When people decide to pursue a career in journalism they must be prepared to travel in order to follow the news. This was a lesson a young Robert and Carol Dallos learned quickly.

“Every time I would put new curtains on the windows he would say ‘Guess what? We are being transferred, or we taking a new job or we are moving,’” recalls Mrs. Dallos.

After leaving UPI, Dallos went to The Wall Street Journal where he would eventually be transferred to the organization’s London’s bureau in 1961.

While stationed in London, Dallos would sometimes travel to Bonn, the capital of West Germany, in order to chase certain stories. The Journal did not have any offices in Bonn so in 1963 Dallos would share an office with Myron Kandel, who was working for the New York Herald-Tribune at the time and would go on to become the first financial editor for CNN.

Kandel recalls his first impression of Dallos and immediately identifying him as a “hard working, contentious, and capable journalist.” The two men formed a friendship in Bonn that would last from sharing an office in 1963 until Dallos’ death in 1991.

While at The Journal, Dallos would showcase is passion for journalism by competing with his colleagues to see who could get more stories put on The Wall Street Journal’s “A-hed” column. This column includes stories that greatly differ from the serious nature of The Journal and highlight the (often funny) absurdities of life.

In 1964, Dallos would come back to the United States to work for The  Journal in Philadelphia. Dallos returned to New York in 1965 to work for the New York Times where he would work for four years.

The Los Angeles Times hired Dallos as its first financial correspondent based in New York City in 1968. He would remain for 23 years, the last 10 covering the airlines industry, until his death while vacationing in Budapest in 1991

During the course of 23 years Dallos would write many cover stories and collaborate with many journalists, one of whom being Paul Steiger who was hired by the Los Angeles Times in 1968 as a business reporter based in Los Angeles.

“I would meet him in New York, Washington, or Wilmington, Del.,” recalls Steiger. “He was fun to work with as a reporter because he was so relentless. If somebody could be gotten on the phone, Bob would get him.”

It was also apparent to all those that met him that Dallos loved not only practicing journalism but speaking and teaching it to others. He would serve as an adjunct professor at Columbia University, New York University, Fordham University, and Manhattanville College. He also held mini-conferences for young, aspiring journalists during his one-year term as president of the New York Financial Writers Association in 1971.

“He was a hard worker in improving the standard of journalism as represented by the fact he encouraged young people to get into the career,” says Kandel.

A successful journalist must have persistence, which is something Dallos had in abundance. He would not take no for an answer, he would send out dozens of phone calls a day looking for information, and he would call again if his call wasn’t returned in half an hour. Once he got them on the phone, Dallos would often get his story, as Steiger recalls Dallos “had a way of keeping people on the phone until they gave him.”

Steiger can still remember a story where Dallos’ relentless pursuit of the truth was on display:

“Some time in the early 1970s, we broke a story that the Nixon administration was going to seek a bailout for Lockheed. I wrote the story, but more than half the reporting was his, particularly one board member who he caught at around 10 p.m. east coast time, after he had returned from a night out,” said Steiger. “That was only 7 p.m. in LA, so the paper had plenty of time to make it the lead on page one that night.”

In 1974, along with Ronald L. Soble, Dallos released the book “The Impossible Dream — The Equity Funding Story: The Fraud of the Century,” an investigative journalism piece detailing the computer manipulated securities fraud at the Equity Funding Corp.

The book was written sandwiched in between his full-time job at the Los Angeles Times, so there were many interviews that occurred in a variety of places. Steiger remembered Dallos telling him about a particularly strange interview that left quite an impression.

“He loved his interview with international swindler Bernard Cornfeld at Cornfeld’s Swiss castle with actress Victoria Principal, his then girlfriend, draped over him,” said Steiger

When somebody thinks of creating the ideal journalist, the ability to find the newsworthiness out of a story would be near the top of the list. This was never a problem for Dallos, who Kandel said would “come up with feature ideas many of his colleagues totally missed.”

This interest was something that always stayed with Dallos – even when he wasn’t on the clock.

“If we were in Italy he would do a freelance story where he would talk to a leather craftsman and he would find something he could make newsworthy,” recalls Mrs. Dallos. “He could create a news story about anything.”

Dallos would suffer through a variety of heart problems during the last 10 years of his life but they never stopped him; they only slowed him.

“I remember visiting him after his first heart attack, in New York, and watching him drive the nurses crazy trying to make phone calls,” said Steiger.

While Dallos’ drive and passion led to many sharing Kandel’s sentiment that Robert Dallos was a “good friend, a terrific journalist, and really the best of our profession,” there is one thing that Robert Dallos loved more than journalism – his family.

“As hard as he worked at his job, as much as he loved it, he loved his family even more,” said Steiger.

When Dallos received the Distinguished Alumni Award from Boston University’s College of Communications, but his wife recalls that he was “especially proud” that all three of his children were able to attend the ceremony.

Robert Dallos had a large impact on the lives of his children as two of his three children attended their father’s alma mater of Boston University’s College of Communication and all three majored in a field relating to communications. Each of his children can attribute their career path and success to the values their father instilled in them.

“I believe that my work ethic is a result of me watching my father doing his job, doing what he loved to do,” says Jeffery Dallos, Robert Dallos’ son who is currently a management/program analyst working for a U.S. government agency.

“I learned all the basics of good journalism, story telling, media relations and PR in the shadow a great journalist,” says Lisa Dallos, Dallos’ daughter and current CEO of High10Media, an integrated communication firm. “I will always be indebted to him for what he taught and how he guided me.”

“All we knew in our family was the news business,” says Dallos’ son Andrew who is a producer for “The Rachel Maddow Show” on MSNBC. “My whole life was just seeing my dad run off to cover stories, come back and file stories, and be on the phone with his editors in Los Angeles. ”

In 1989, Eastern Airlines held a press conference where the company announced it would file for bankruptcy. As part of his duty to cover the airlines industry, Robert Dallos arrived to the press gallery only to be met by his son Andrew, was assigned to cover the conference for “Good Morning America.”

“It came full circle there, growing up with my dad covering the news and I got to go to a press conference with him,” recalls Andrew Dallos. “It made him very proud and it was very exciting.”

Looking back at the career of somebody as successful as Robert Dallos it is easy to get lost in his long list of achievements or awards, but when telling the life of Robert Dallos is crucial to understand that family was always the most important thing in his life.

“He loved his family, and he loved his children,” said his wife. “Each time they achieve something now I remark, ‘if your father knew about this we would be so happy for you.’”

Nick Lamanna is a senior at the University of North Carolina at Chapel Hill School of Journalism and Mass Communication.