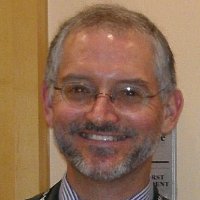 Rob Wells is now teaching business journalism at the University of Maryland. Before that, he was deputy bureau chief in the combined Dow Jones Newswires/Wall Street Journal bureau in Washington. Wells joined Newswires in May 2002 as deputy bureau chief. While serving as Newswires deputy, he also covered tax policy and oversaw election coverage in 2002, 2004 and 2006. Before coming to Dow Jones, Wells covered tax and banking policy for Bloomberg News for four years. He also worked for 11 years as a reporter for the Associated Press, in Carson City, Nev.; Fresno, Calif.; Pikeville, Ky.; New York City; and Washington, D.C.

Even if you tried to cover derivatives in tweets, the derivative traders would be puzzled.

Some markets and issues simply require a little more time and space to report on them properly.

Here’s how I tackled swaps, the alternative minimum tax, capital standards and the rest while reporting for the wire services.

Let’s start with derivatives. There were not many Associated Press reporters writing about derivatives when I started tackling the issue on the financial wire in 1992. I approached it like any other complex story: first, write the “state of play” story, such as “Swaps Market, Little Understood but Enormous,” explaining why a general audience should care about the growth of the derivatives business.

In this case involved, the issue was a fundamental risk to the financial system. I led with a conversational tone:

There’s a financial Twilight Zone out there, where “rocket scientists” sitting before powerful computers create “circuses” and trade “collars.” They are stitching together diverse markets and hatching hybrids that are so complicated even regulators and bankers admit they don’t fully understand them. (AP 6/20/1992)

This scene-setter article allowed me to meet numerous industry sources and help deal with the steep learning curve.

Second, pick your shots. I tried to find an ongoing issue that best illustrated the trends or problems with the growth of the derivatives business. Applying a basic beat reporter’s sensibility, I focused on how derivatives were boosting banks’ trading profits. And then I examined regulators’ interest in derivatives and how the banking lobby was fighting to keep the financial instruments free from regulation, i.e. “Complex Trades Face PR Problem in Washington” (11/22/1993).

This was a tangible narrative that served as a launching pad to address other issues, such accounting, or the marketing of derivatives to corporate customers.

Third, think strategically about your coverage. Covering the regulation of derivatives involved a variety of policy issues. My brain would fry trying to stuff all of this into a single story. So I thought of opportunities to illustrate these stories for readers by looking for upcoming areas of conflict or decision points. And I would knock out one story on accounting and add a few paragraphs to let people know, “Remember, this is one facet of that monster I’ve been writing about for the last several months.”

Think about covering the issue in stages, in chapters. I tried to write tight but found I couldn’t quite squeeze it below the 600-word level.

Fourth, look for the opportunity to revisit the state of play story a year later with a roundup, summarizing what you have found, whether things have improved and what to expect next.

I found this basic approach served me well when I dealt with issues ranging from Lloyds of London to Fannie Mae to the U.S. tax system overhaul.