Economics Coverage and What Data Don’t Tell You

By aggregating millions of tiny bits and pieces of information, a whole representation can be made and trends can be mapped.

The recession that began in 2008 affected almost every American, and journalists across the country scrambled to find the information that had previously been missed.

Data on the housing markets, trades and sales made on Wall Street and deals that had been struck by politicians in Washington, D.C., were collected in a frenzied craze. Not only did the amount of economic news increase, but also the demographic for economics news.

And according to a report issued by the Pew Research Center in 2009, the media problematically approached the narrative from the top down.

The Pew Research Center is a nonpartisan data collector that conducts public opinion polling, demographic research, media content analysis and other such surveys.

The study analyzed data from news stories across all platforms from the beginning of February to the end of August, focusing on front page news, the first 30 minutes of television and radio news programs and the top five stories on large news websites.

It sampled news across all traditional platforms: print, television and radio. It also looked at online news, though all of the sites sampled were affiliated with a major news outlet.

The study concluded that the banking and auto industries, along with political battles over Washington’s finance polices, dominated economics coverage story lines. Other topics, such as retail sales, economics coverage and consumer issues, in general were given very little attention.

It also found that 76 percent of the datelines came out of New York or Washington, D.C.

“Citizens may be the primary victims of the downturn, but they have not been the primary actors in the media depiction of it,”the study reads.

The tone of the study is disapproving at best and condemning at worst. And several business journalists, when shown the study, voiced dissenting opinions with the criticisms, and even concerns with its methodology.

In their minds, the focus not only made sense, but also benefited the average citizen much more than any of the issues that were pushed to the side. 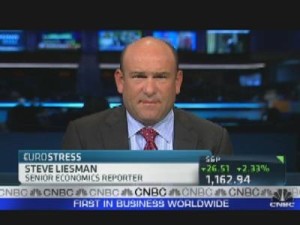 “How do you report on how much time media and cable reported on the economic crisis without including CNBC?”he asked.

Liesman pointed out that the study neglects several news channels, such as CNBC and Fox Business Network, as well as new media on digital platforms.

“(CNBC) has a person who blogs about housing and retail every single day — I just thought it was weird,”he said.

Allan Murray, president of the Pew Research Center, has a long history of covering national economics. He started working for the Wall Street Journal in 1984 and ultimately became the Washington bureau chief in 2002. After taking a three year break, he returned and wrote a business column.

He said after 2009, there was a historic meltdown of the banks, so it did not surprise him that there was an increased scrutiny on the industry.

Having only taken the helm of the center in January 2013, Murray said he did not want to pass judgment on previous works that had been produced.

But he did say that in this year’s edition of the Pew Center’s annual “State of the Media”report, there was absolutely a sharper focus on newer forms of media.

“There has been a significant increase in attention to digital news outlets. We definitely stepped up our digital coverage,”he said.

By 2009, the transformation of the media was well underway. The Internet had already come to dominate, and mobile applications were thriving. It seems odd that average citizens were already aware of and participating in these new forms of media, but the Pew Research Center seemed reluctant, perhaps dogmatically, to focus in on legacy media.

Judging from the comments of the new president, it seems that the problems were recognized and an attempt has been made to rectify them.

Other experienced economics reporters echoed Murray’s feelings that the added scrutiny on high finance was the right move. 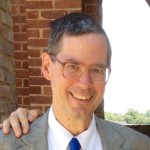 “I agree there was a concentration of news coverage on the banking, auto industry, and the stimulus especially in 2008 and early 2009, with relatively less coverage of the impact on ordinary Americans, not to mention consumer issues,” said Steve Matthews, a Bloomberg News reporter who covers the Federal Reserve Board and economics issues.

“There is a good reason for that,”he added.

He called the economic conditions of 2008 and early 2009 the worst since the 1930s. The struggle to revive the economy was highly controversial, he said. And for better or worse, controversy creates news stories.

Kevin Hall, the chief economics reporter for McClatchy News, worked as a foreign correspondent for most of his career before coming to Washington, D.C., in 2005 to cover economic policy.

He said the attention that the financial issues garnered was deserved because it was primarily driven by the fact that it was what people wanted to hear about.

“The economics beat has become one of the most important beats,”he said.

“During that time, my beat was one that would always be on the front page.”

The Pew study was also critical of the lack of what it called “ordinary voices”in the stories.

“If one looked inside some of larger narratives for a focus on ordinary lives, it was elusive. The narrative about the auto industry’s hard times and plant closings, for instance, accounted for almost one-tenth of all economic coverage. Yet the storyline devoted about labor issues and worker layoffs in the car industry was negligible, filling less than 1 percent,”it reads.

Matthews said that while many of his datelines are out of New York and Washington, D.C., he made an effort to talk to many average citizens — small business owners, unemployed individuals, workers, people who were shopping — to fill out his stories.

“I don’t think, to the extent there was a shortfall of consumer coverage, it had any impact on governing.”

It is admirable that the Pew Center concerned itself with pointing out the lack of ordinary voices in the most high-profile stories.

But in a time of crisis, the only benefit of telling the stories of those affected, as opposed to those leading, is to show the suffering, which represents the gravity of the situation.

That had been done. Everyone understood that this was one of the worst periods in American history. But more than painting a picture of society, journalism is a tool to move society forward regardless of the direction.

That mission could not be completed by only focusing on the horrid effects of the recession. It had to be done by informing the country on the direction that the leaders were taking it.

North Carolina State University Economics Professor Michael Walden said the media’s failure did not lie in its areas of coverage but rather the narrative that was constructed.

“(The financial sector) is like the heart of the economy because it pumps the blood of the economy, which is the credit,”he said.

“It makes sense because that was the crux of the economy.”

He said Americans needed to see these battles that were playing out on the federal level because state policies really have no effect on overcoming a recession.

Citing a problem that was not addressed in the Pew Center’s study, Walden said he believed the media’s need for viewers and subscribers created a space where journalists were putting out stories in an impassioned manner.

“The media perhaps focused too much on creating bad guys and good guys — villains and saviors,”he said.

The study assumes that by not focusing on the consumers, the media gave attention to the “bad guys”the ones that caused the recession in the first place.

Walden said the way the stories were posed created an unnecessary conflict.

“To an economist, greed has no meaning,”he said.

He said economists look at the world in terms of incentives, and what needed to be presented was an unemotional analysis of what happened, why it happened and how it could be prevented in the future.

There’s no doubt that there were several excellent explainer pieces produced during this time —they just did not make the front page. Conflict drives journalism, but if done correctly and without bias, the pros and cons of all sides are presented.

It was all too easy in the wake of the economic fall out to point fingers because that is what citizens wanted to read. They wanted to know whose fault it was that their homes, savings, cars and credit had all been decimated.

One reason this might have come to be is the sheer complexity of the story of the financial meltdown. In the world of high finance, what insiders consider the simplest of terms are complex and multi-layered issues for both average citizens and reporters.

“Mainstream media is not exquisitely equipped to cover the economy. When it broke, they were more likely to rely on Washington and New York for sources,” Matthews said.

His views stand in contrast to what the Pew Center’s study claims about the effect of top-down coverage; it goes as far as to label it Obama-centric coverage.

Though perhaps collected through flawed means, the Pew Center’s data seems accurate. Its conclusions are misleading and unjustly censor the American media.

After the lapse in information that allowed the banking industry to run amok, it would only make sense that the magnifying glass should be aimed at Washington and New York — those in power were the only ones with the ability to help.

“If you knew what was happening there, you would know outcomes better than any individual,” Matthews said. “Interviews in Idaho wouldn’t tell you what was going to happen tomorrow with Citibank or the Treasury.”